GE Marine reports that the United States Navy has commissioned and launched two Littoral Combat Ships (LCS) of the Independence-variant.

Both ships are powered by two GE LM2500 marine gas turbines. According to a U.S. Navy press release, the USS Jackson was commissioned on December 5 in a ceremony in Gulfport, Mississippi. Sister LCS USS Omaha was launched in late November, also in Gulfport. According to the Austal USA press release, the future USS Montgomery also is preparing for acceptance sea trials in early 2016. 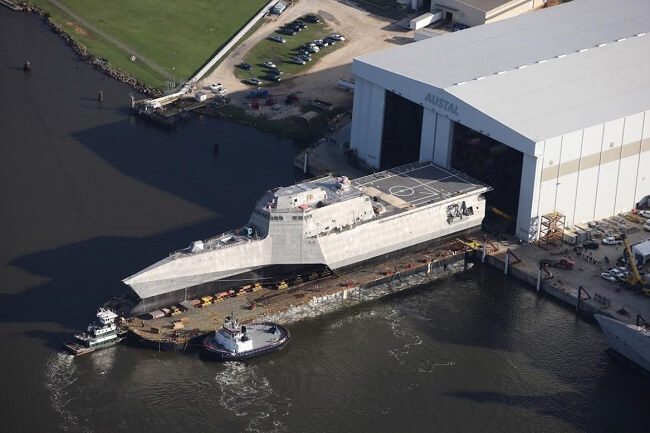 GE will provide 20 LM2500 gas turbines for the Austal USA LCS program, part of a contract for up to 10 ships to be built by Austal USA over a five-year period. The two LM2500s are arranged in a combined diesel and gas turbine configuration with two diesel engines. The gas turbines are manufactured at GE’s Evendale, Ohio, facility.

GE Marine, headquartered in Cincinnati, Ohio, is one of the world’s leading manufacturers of marine products, systems and services, including aeroderivative gas turbines ranging from 6,000 to 70,275 shaft horsepower.