ReCAAP Information Sharing Centre (ISC) released its Half-Yearly Report 2020 (January to June). Highlights of the Report, whose information is verified by the respective government agencies, also known as ReCAAP Focal Points, and regional authorities, are appended: 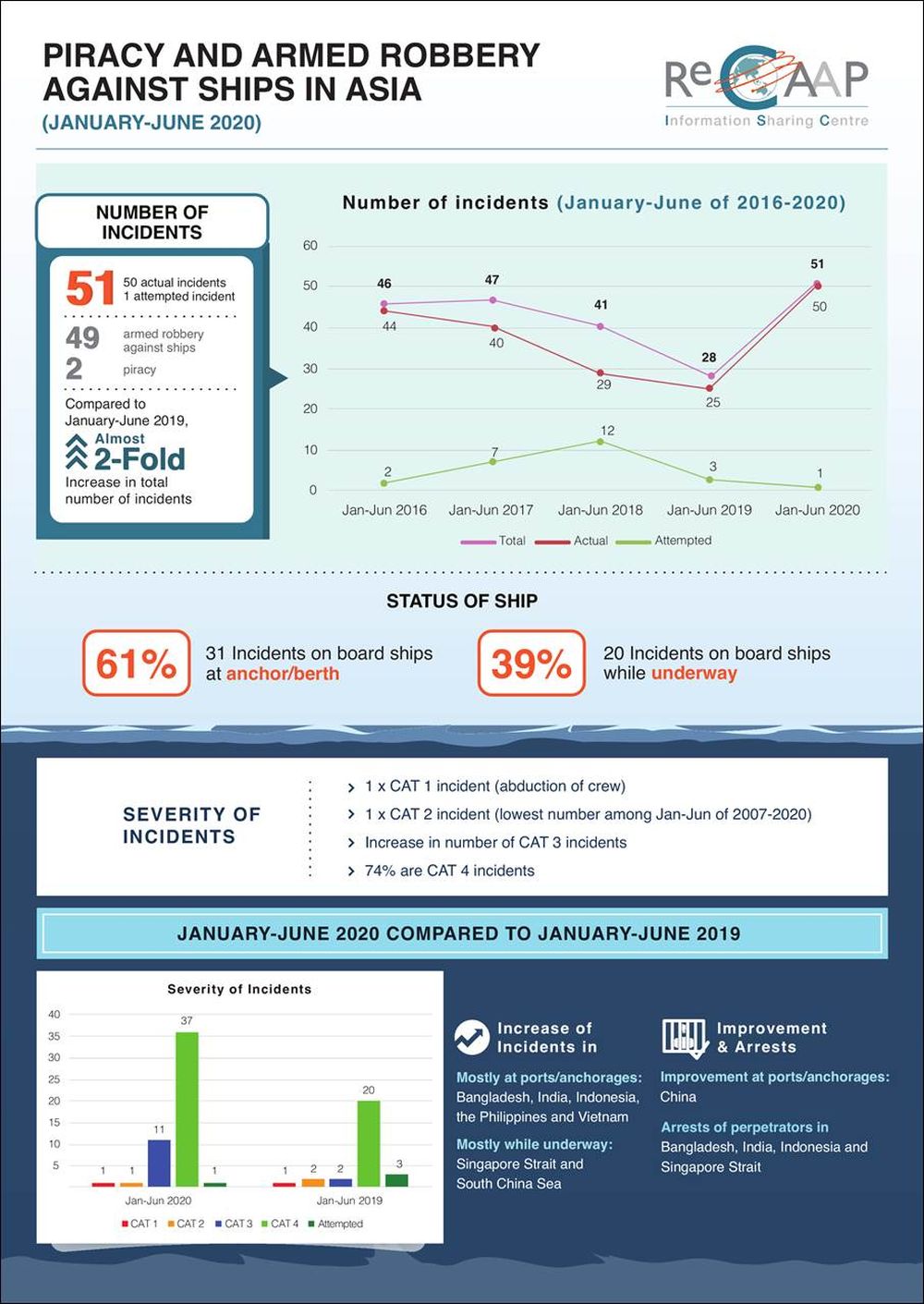 Situation in the Sulu-Celebes Seas and Waters off Eastern Sabah 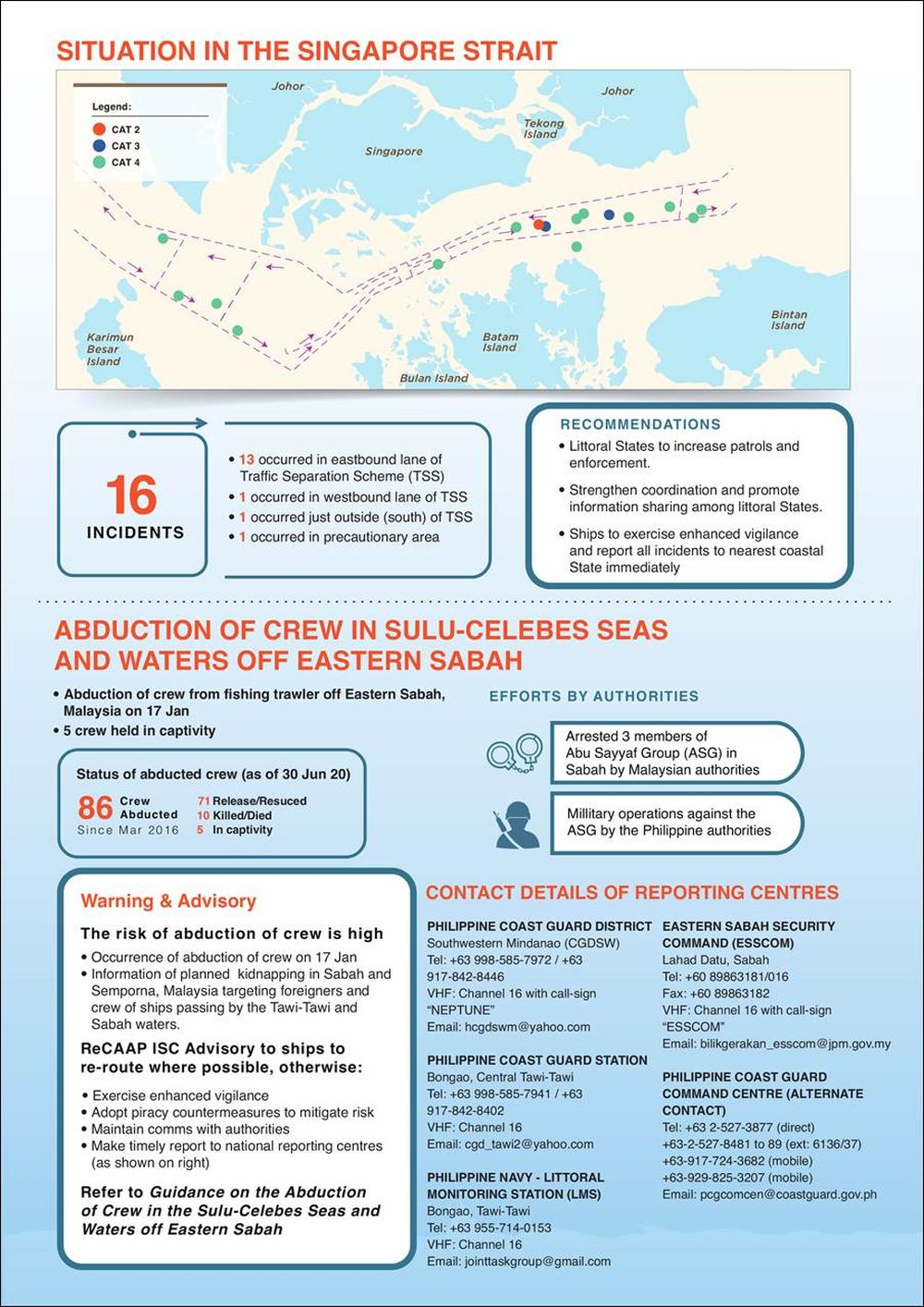 “We are deeply concerned with the nearly two-fold increase in the number of incidents reported in Asia in the first half of 2020 compared to the same period last year, even though most of them are at low severity level. ‘Small’ crimes, if not addressed, can embolden criminals to commit more serious acts,” said Mr. Masafumi Kuroki, Executive Director of ReCAAP ISC.

“This spike has come during a time of enormous challenges for the whole world affected by the COVID-19 pandemic. Despite the difficulties caused by the pandemic, we encourage the shipping community and maritime enforcement agencies to uphold vigilance, make timely reporting and conduct quick response to incidents, in order to protect the lives of seafarers and the safety of maritime transport.” continued Mr. Masafumi Kuroki.