Two decommissioned offshore supply vessels of Maersk Supply sank off the coast of Franceas they were being towed to a scrapyard in Turkey, the company said last week.

The anchor handling tug supply (AHTS) vessels, the Maersk Searcher and Maersk Shipper,were unmanned at the time of the accident and both the vessels were under tow by the Maersk Battler. 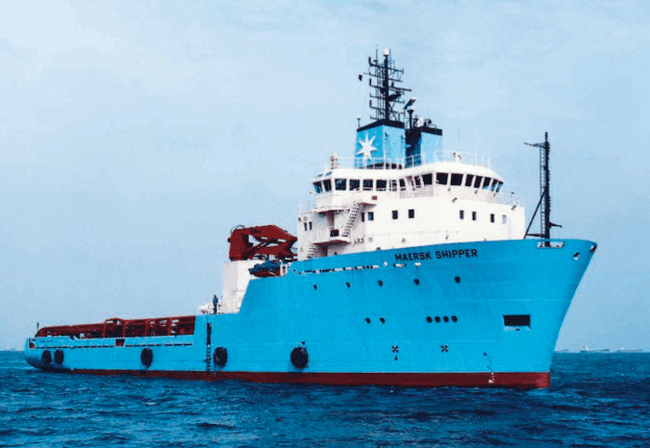 According to Maersk Supply COO Claus Bachmann, there were ten people on board the towing vessel, but no other causalities have been reported and Coast guard of France had been informed immediately after the accident.

The 82-meter-long vessels, with deadweight of around 3500 tonnes, had been emptied of fuel and lubricants before leaving for Turkey, Bachmann added.

Departed from Fredericia, Denmark on December 12, the vessels went down approximately 60 miles off the coast of France.

Ouest-France said the Maersk Searcher sunk first, followed by the Maersk Shipper later in the day. It said winds were at Force 3 and reported large swells of 8-12 feet at the time of the incident.

However, Maersk Supply didn’t confirm any specific cause behind the sinking. Bachmann earlier said the company is currently investigating the cause of the incident and no further information is available at this point in time.

The decision to decommission these vessels was part of Maersk Supply Service’s plan to reduce its fleet by up to 20 ships by early 2018.

The company said the decision was taken due to limited trading opportunities and the global over-supply of offshore supply vessels.

In line with this decision, the company has moved ten offshore vessels out of service this year.