Fincantieri launched two cruise ships, Carnival Vista and Viking Sea, on the same day from its shipyards in Monfalcone and Ancona respectively.

“Carnival Vista”, the new flagship of the Carnival Cruise Line’s fleet, brand of the Carnival Group, the world’s largest cruise ship operator, was launched at Fincantieri’s shipyard in Monfalcone.

Interior fittings will now begin, leading the ship to its delivery, scheduled in spring 2016. 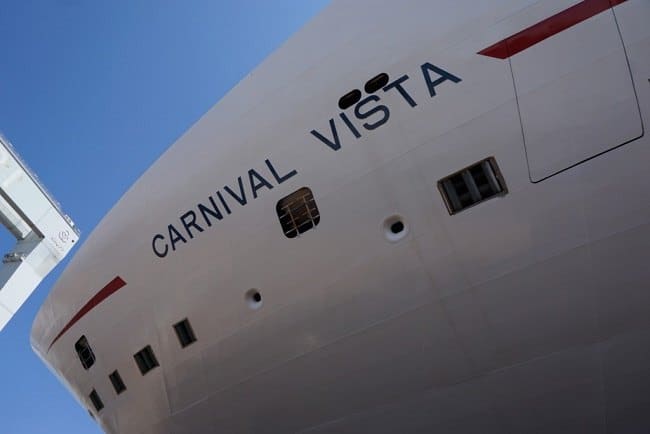 The launching was introduced by the traditional and well-wishing “coin ceremony”, consisting, according to an ancient shipbuilding custom, in welding a silver dollar on the last deck of the ship. Godmothers of the ceremony were Heidi e Kye Heald, respectively wife and daughter of John Heald, Brand Ambassador of Carnival Corporation.

The ceremony was attended by Benoit Clement, Vice President New Builds and Refurbishment of Carnival Cruise Line, while Fincantieri was represented among others by Gabriele Cocco, Senior Executive Vice President Merchant Ships Business Unit, and Attilio Dapelo, Director of the Monfalcone shipyard.

With the construction of “Carnival Vista”, Fincantieri consolidates its leadership in building the largest passenger ships in the Italian shipbuilding history. 133,500 gross tons and 321 meters long, these are the dimensions of “Carnival Vista”, the largest ship which Fincantieri has ever built for the Carnival Cruise Line’s fleet. It has 1,967 passenger cabins, 785 for the crew and it is able to accommodate more than 6,400 people onboard, including the staff.

“Carnival Vista” will be a new technological benchmark, in Europe and worldwide, in terms of cutting-edge layout, extremely high performance and high quality technical solutions. The interior fittings will be of an extremely high level quality comfort, offering a wide range of onboard entertainments, such as an IMAX 3D cinema, a brewery (with onboard beer production), restaurants, theatres, shops and wellness centers. One of Carnival Vista’s innovation will be the Havana Area, a themed private and exclusive area, with cabins, open bars and a swimming pool. The access to this area is limited only to those passengers whose cabins are in the Havana Area.

Fincantieri has built 70 cruise ships since 1990 (of which 47 from 2002) and other 14 ships are currently being designed or built in the Group’s yards.

“Viking Sea”, the second of three ships which Fincantieri is currently building for the company Viking Ocean Cruises, was was launched at Fincantieri’s shipyard in Ancona. Interior fittings will now begin, leading the ship to its delivery scheduled in spring 2016. 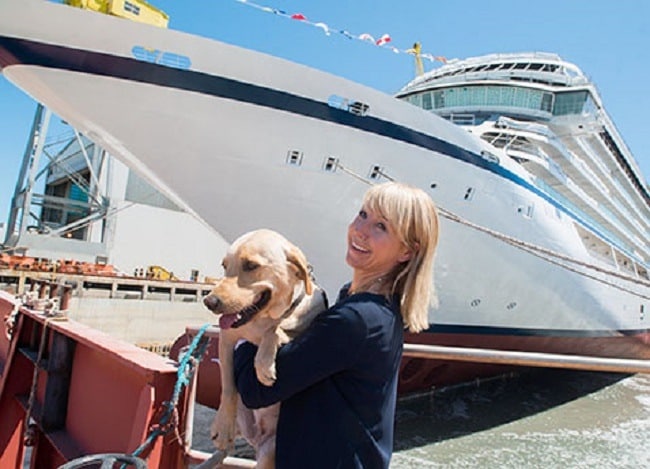 “Viking Star”, the first sister ship, has been delivered in March: Fincantieri is already working on “Viking Sky”, the third unit of the agreement, that will be delivered as well in the shipyard in Ancona at the beginning of 2017.

The ceremony was attended by Karine Hagen, godmother of the launching and daughter of Torstein Hagen, founder and CEO of Viking Cruises, while Fincantieri was represented among others by Giovanni Stecconi, Director of the shipyard in Ancona.

“Viking Sea”, like its two sister ships, will be placed in the small cruise ship segment. In fact, with a gross tonnage of about 47,800 tons, it will have 465 cabins with accommodation for 930 passengers. The ship has been designed by experienced nautical architects and engineers, including an interior design team of London-based SMC Design, and Los Angeles-based Rottet Studios.

The building of this series of ships states the solid commercial partnership between Viking and Fincantieri.
Fincantieri has built 70 cruise ships since 1990 (of which 47 from 2002) and other 14 ships are currently being designed or built in the Group’s yards.