Turkish President Recep Tayyip Erdogan, on Friday, announced the discovery of a large natural gas reserve that had the potential to ease up the financial condition of the country and also direct it towards being a regional energy hub in the coming years.

The discovery of 320 billion cubic meters of gas off the Black Sea coast was addressed as the “greatest natural gas discovery” in the history of the country. The President expressed his wish to begin extracting operations by 2023.

The amount of discovery, however, did not bring much optimism amongst investors as the Lira and Benchmark share index witnessed giving up on gains. Industry analysts have called it a “notable” discovery but definitely not a “game-changer”. 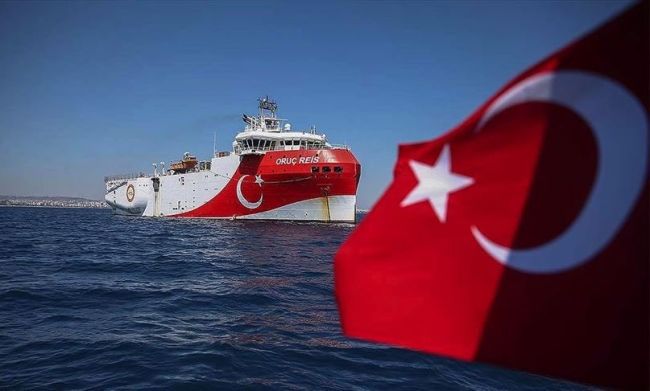 Oil and gas senior analyst, Jonathan Lamb working at a Czech Investment Bank said that markets were really looking forward to determining how much of the resource is recoverable per year, something that hasn’t been examined yet.

If the deposit is confirmed to be a recoverable resource, it would help ease costs generated on expensive energy imports and hence soothe out financial jitters that have caused the country’s currency to reduce significantly in value over the years. The country spent $41 billion on energy imports last year.

The deposit is not very big in comparison to those in the eastern Mediterranean which holds about 850 billion cubic meters in natural gas reserves.

The discovery was made by drilling ship ‘Fatih’ that had been operating in the Tuna-1 sector, the western Black Sea for the month. Erdogan maintained that the discovery had been made entirely without the assistance of foreign sources in drilling operations.

“We have carried out nine deep-sea drillings in the Mediterranean and the Black Sea through our Fatih and Yavuz ships so far. We have had the honour of giving our nation the good news that it has been waiting for”, he added.

John Bowlus of the Center for Energy and Sustainable Development at Istanbul’s Kadir Has University has said that while the discovery off the Black sea coast region was “incredibly significant” for Turkey, the country would require a lot of capital to build invest in building a field. Further, it would also have to partner up with international organisations to make up for its lack of skill and experience in developing an offshore field on its own.

Currently, Turkey seems to be at odds with its NATO ally Greece and Cyprus as well, on the topic of oil exploration around the waters of the eastern Mediterranean. The presence of research ships in disputed waters has led to the dispatch of warships to watch over the area’s natural resources.