U.S. Secretary of the Interior Ryan Zinke today announced that the Department is proposing the largest oil and gas lease sale ever held in the United States –76,967,935 acres in federal waters of the Gulf of Mexico, offshore Texas, Louisiana, Mississippi, Alabama and Florida. The proposed region-wide lease sale, offering an area about the size of New Mexico, is scheduled for March 2018 and includes all available unleased areas on the Gulf’s Outer Continental Shelf, surpassing last year’s region-wide lease sale by about one million acres.

“In today’s low-price energy environment, providing the offshore industry access to the maximum amount of opportunities possible is part of our strategy to spur local and regional economic dynamism and job creation and a pillar of President Trump’s plan to make the United States energy dominant,” Secretary Zinke said. “And the economic terms proposed for this sale include a range of incentives to encourage diligent development and ensure a fair return to taxpayers.” 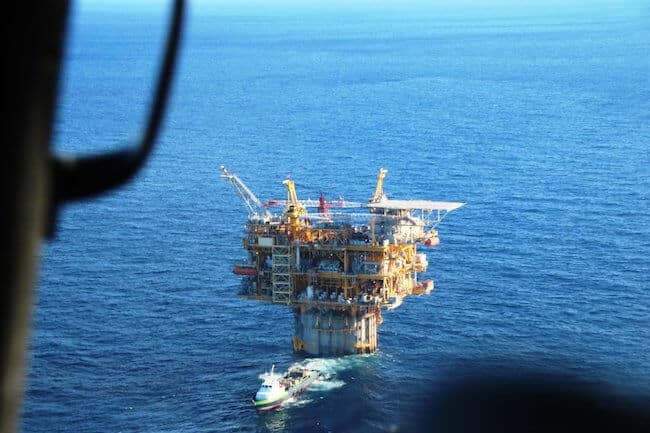 Proposed Lease Sale 250, which will be livestreamed from New Orleans, will be the second offshore sale under the National Outer Continental Shelf Oil and Gas Leasing Program for 2017-2022. Lease Sale 249, held in New Orleans last August, received $121 million in high bids. In addition to the high bids and rental payments, the Department will receive royalty payments on any future production from these leases. Outer Continental Shelf (OCS) lease revenues are directed to the U.S. Treasury, Gulf Coast states, the Land and Water Conservation Fund and Historic Preservation Fund.

“In order to strengthen America’s energy dominance, we must anticipate and plan for our needs for decades to come,” said Senator Lisa Murkowski, Chairman of the Senate Committee on Energy & Natural Resources. “The administration’s decision to move forward with the largest offshore lease sale in our nation’s history is a key part of that effort. Whether in Alaska or the Gulf of Mexico, we should all support responsible development because it creates high-paying jobs, strengthens national security, and keeps energy affordable for our families and businesses.”

“President Trump’s team is following through on their commitment to advancing America’s energy independence,” said Senator Roger Wicker. “Unlike the previous administration, this one understands that expanded offshore energy development benefits working families, consumers, and our national security. This is a win for Mississippi and the entire country.”

“President Trump and his administration are following through on their promise to end the war on American energy,” said Senator Bill Cassidy. “Investing in energy creates better jobs with better benefits for working families, strengthens our national security and strengthens our energy independence.”

“This is great news that our oil and gas industry in Louisiana sorely needs. This is the largest sale in U.S. history, and it will create jobs and bolster our state and national economy,” said Senator John Kennedy. “Our Louisiana workers are ready to go back to work.”

“President Donald Trump made clear his desire to ensure Americans can use our own natural resources to produce the energy vital to our economy and national security,” said Alabama Governor Kay Ivey. “As he has done time and again, President Trump has proven to the people of Alabama that he is a man of his word, and we are grateful to him and to Secretary Ryan Zinke for their determination to open a vast tract of American waters to oil and gas exploration. This decision is not only in the best interest of all Americans, it allows Gulf Coast states, like Alabama, to utilize our natural resources not only to provide energy for our nation, but increased economic opportunities for our people.”

“Mississippi welcomes Secretary Zinke’s action to carry out the president’s vision for American energy dominance,” said Mississippi Governor Phil Bryant. “This will strengthen our state’s status as a leader in oil and gas exploration and create good jobs for hardworking Mississippians.”

“If we’re serious about energy dominance and long-term energy affordability, we must create certainty about future access in the Outer Continental Shelf,” said Congressman Rob Bishop, Chairman of the House Committee on Natural Resources. “Secretary Zinke should be commended for his leadership to create that certainty and realign Interior as a partner for industry to advance responsible energy development. This is a welcomed announcement on that front. Congressionally, we will continue to move forward on a comprehensive overhaul of onshore and offshore federal lands energy policy to help Interior expand even greater access, streamline permitting and increase revenues to both states and the U.S. Treasury.”

“Secretary Zinke’s announcement is welcome news and I look forward to continuing to work with the administration to put consumer’s interests first while promoting job creation and modernizing our nation’s energy infrastructure,” said Congressman Greg Walden, Chairman of the House Committee on Energy & Commerce. “The president and his administration have placed energy independence and security at the top of their agenda, and this committee has been leading the way in examining policies that seek to streamline siting and permitting of the nation’s oil and gas pipelines.”

“President Trump has stated that he wants our country to exert ‘energy dominance’ throughout the world, and this lease sale is another bold step in that direction,” said House Majority Whip Steve Scalise. “I applaud today’s announcement by Secretary Ryan Zinke to offer the largest offshore oil and gas lease sale in U.S. history. My constituents in Southeast Louisiana will be leading the way in this exploration and development that will create good jobs and kickstart more economic growth. This bold action helps us continue fighting for the responsible development of our natural resources that bring critical dollars to restore our coast.”

“As a long-time advocate for opening up more of the Gulf of Mexico, it’s refreshing to work with an Administration that understands it’s true energy potential,” said Congressman Pete Olson. “Oil production, when done safely and responsibly, is a win for Texas and the Gulf Coast economy, and adds to America’s energy security. I applaud Secretary Zinke for moving forward with this lease sale and hope these opportunities to tap into our energy potential continue.”

“Secretary Zinke’s announcement of the largest oil and gas lease sale in our country’s history is welcome news. The oil and gas industry provides thousands of direct and indirect jobs to the people of Mississippi,” said Congressman Gregg Harper. “This lease sale has the potential to create new opportunities for our state and nation as advances in technology continue to make the United States a world leader in natural resource production.”

“I applaud Secretary Zinke and the Department of Interior for their efforts to spur energy production and support communities along the Gulf Coast. Revenue from these leases will be a huge boost for Gulf states, like Alabama, and will help us continue conservation and preservation of our treasured coastal areas,” said Congressman Bradley Byrne. “Through developments like this, we can ensure American energy dominance and make life better for Gulf Coast families.”

The estimated amount of resources projected to be developed as a result of the proposed region-wide lease sale ranges from 0.21 to 1.12 billion barrels of oil and from 0.55 to 4.42 trillion cubic feet of gas. Most of the activity (up to 83% of future production) from the proposed lease sale is expected to occur in the Central Planning Area.

Proposed Lease Sale 250 includes 14,375 unleased blocks, located from 3 to 230 miles offshore, in the Gulf’s Western, Central and Eastern planning areas in water depths ranging from 9 to more than 11,115 feet (three to 3,400 meters). Excluded from the lease sale are blocks subject to the Congressional moratorium established by the Gulf of Mexico Energy Security Act of 2006; blocks that are adjacent to or beyond the U.S. Exclusive Economic Zone in the area known as the northern portion of the Eastern Gap; and whole blocks and partial blocks within the current boundary of the Flower Garden Banks National Marine Sanctuary.

“American energy production can be competitive while remaining safe and environmentally sound,” said Vincent DeVito, Counselor for Energy Policy at Interior. “People need jobs, the Gulf Coast states need revenue, and Americans do not want to be dependent on foreign oil. We have heard their message loud and clear.”

The lease sale terms include stipulations to protect biologically sensitive resources, mitigate potential adverse effects on protected species, and avoid potential conflicts associated with oil and gas development in the region. The terms and conditions for Lease Sale 250 in the Proposed Notice of Sale are not final. Different terms and conditions may be employed in the Final Notice of Sale, which will be published at least 30 days before the sale.

All terms and conditions for Gulf of Mexico Region-wide Sale 250 are detailed in the Proposed Notice of Sale (PNOS) information package, which is available at: http://www.boem.gov/Sale-250/. Copies of the PNOS maps can be requested from BOEM’s Gulf of Mexico Region’s Public Information Unit at 1201 Elmwood Park Boulevard, New Orleans, LA 70123, or at 800-200-GULF (4853).