Transas, a global leader in professional marine navigation systems, has released the long-awaited Android version of its iSailor app. The popular chart plotter and AIS Viewer has been available to iOS device users since 2010. Now Android users can enjoy top-notch navigation technology with the Transas app.

Transas iSailor is an easy-to-use navigational system for amateur seafarers, used by hundreds of thousands of sailors around the world. Intended for use on boats and yachts, iSailor provides clear presentation of navigation information, electronic charts and additional content. 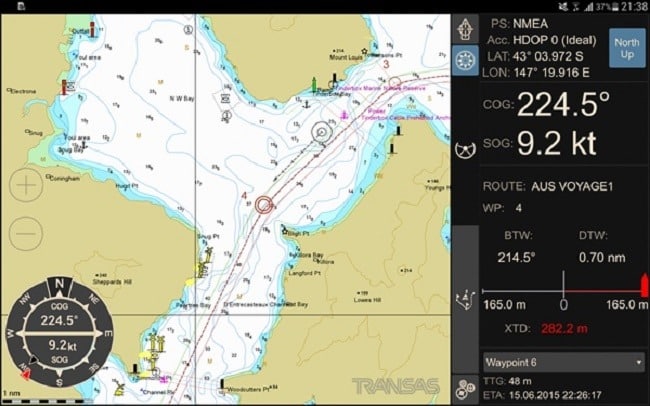 iSailor for Android features the primary functions and options required for navigation included in the iOS version, and is powered by Transas iTX-97 marine vector charts, rated among the best in the industry.

As part of our commitment to continuous improvement, Transas developers are also working on the possibility for Android tablet and smartphone users to restore all folios and options previously bought for the iOS version of iSailor. This feature, due for release in late 2015, will enable a truly cross-platform solution for users operating multiple devices.

Downloading the app is free. Chart folios are available for users as in-app purchases in the application’s Chart Store. iSailor app is compatible with phones and tablets running Android operating system  4.4 or higher.