Trafigura Group Pte Ltd (“Trafigura”), one of the world’s leading independent commodity trading companies, has named the first of its 35 crude oil and product tankers being built in South Korea and China. 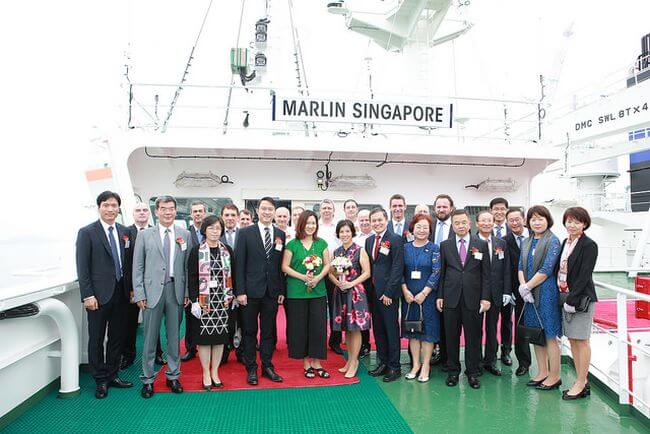 “My wife and I are honoured that the first of this fleet of new, technologically advanced vessels have been named after our country. We take this as a fitting tribute to Singapore’s role as a global hub for trading in commodities including oil and oil products, and as a centre of the global shipping industry,” said Dr Lam during the naming ceremony.

“Trafigura is a leading player in global shipping,” said Chin Hwee Tan during the naming ceremony. “We’re delighted that all the new vessels will be registered in Singapore, flying our nation’s flag as they transport commodities around the world.” 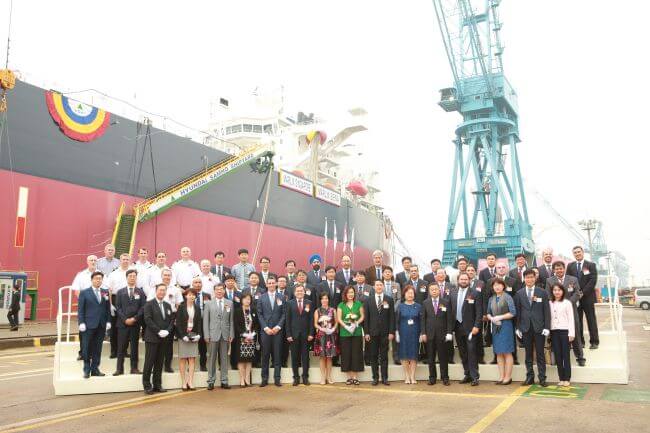 The order for the 35 newbuild vessels that includes Medium Range (MR) tankers, LR2s and Suezmax tankers has been placed by a close Asian financial partner and the vessels are being leased on delivery to Trafigura with options to purchase at a later stage. Vessels are being delivered from today and throughout 2019, with the majority of vessels being delivered in the first quarter of 2019.

“The super eco-efficient vessels are being built to the highest technical specifications which also meet the upcoming IMO 2020 regulations,” said Rasmus Bach Nielsen, Global Head of Wet Freight Shipping for Trafigura. “We’re looking forward to employing the vessels within our trading division.”

The company’s wet freight trading division which acts as a profit centre in its own right was responsible for over 3,050 fixtures in 2017, up from 1,970 fixtures in 2015. It has decreased its time chartered wet fleet which, despite the new fleet’s arrival, will result in around 80 percent of all Trafigura-controlled wet cargoes continuing to be placed on third-party tonnage.