TOTE, Inc. announced an agreement between its operating companies TOTE Shipholdings Inc. and Sea Star Line LLC on the charter of the two new Marlin Class vessels being built by TOTE Shipholdings at NASSCO in San Diego, CA.

The new Marlin Class ships will be the first liquefied natural gas (LNG) powered containerships in the world and will almost double the cargo capacity available to Puerto Rico each week. These will be the first ships with fifty three foot container capacity under deck expanding the services that Sea Star Line is able to offer its customers. The ships will also allow Sea Star Line more cargo flexibility to meet the ever changing needs of Puerto Rico. 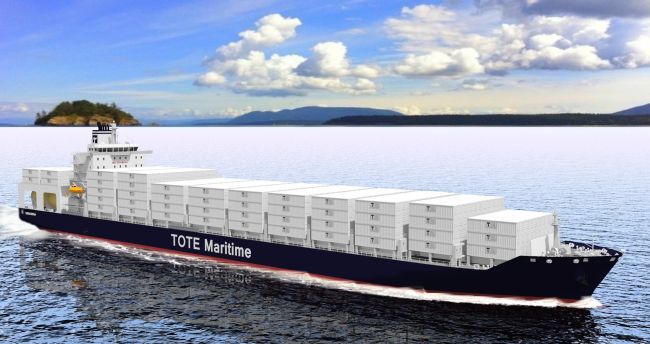 Tim Nolan, President of Sea Star Line went on to add “These ships will set new standards for safety and reliability in addition to their environmental benefits. We are proud to be the first company to operate LNG-powered containerships which will ensure a cleaner and safer environment for the people of  Jacksonville and Puerto Rico as well as our employees.”