Cassius Samson, 52, and Rustico Ignacio, 66, both of the Philippines, were sentenced today by U.S. District Judge Malcolm Howard for the Eastern District of North Carolina to serve jail time for obstructing a U.S. Coast Guard inspection that took place in July 2015 aboard the cargo ship Ocean Hope at the Port of Wilmington, North Carolina. 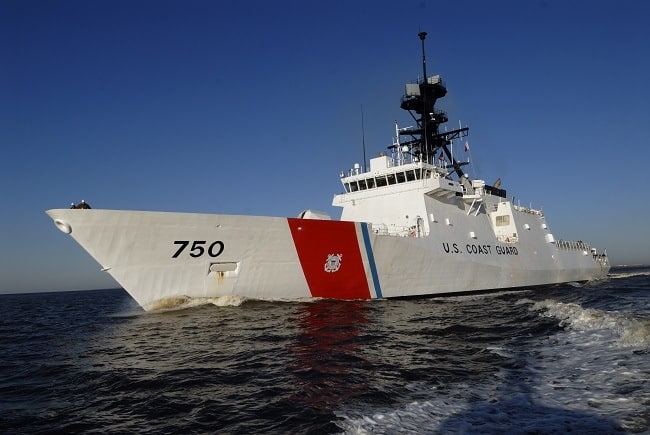 Ignacio was the chief engineer and Samson the second engineer of the Ocean Hope. In September 2016, both were convicted of conspiracy, violating the Act to Prevent Pollution from Ships, obstruction of justice and witness tampering, by a federal jury in Greenville, North Carolina. The evidence showed that Ignacio and Samson attempted to cover up the dumping of tons of oil sludge and machinery space bilge water into the ocean before the ship arrived in the United States. In addition, defendant Samson committed perjury at trial.

“These crewmembers egregiously violated U.S. and international pollution laws, obstructed justice and spoiled the marine waters upon which our planet and its marine life depend,” said Assistant Attorney General John C. Cruden of the Department of Justice’s Environment and Natural Resources Division. “This case shows that polluting the ocean with oily waste and sludge will land you in jail, and that we will aggressively prosecute these serious crimes.”

“Our office was pleased to partner with the Department of Justice’s Environment and Natural Resources Division in this significant case,” said U.S. Attorney John Stuart Bruce for the Eastern District of North Carolina. “We will continue to vigorously enforce federal laws designed to prevent the pollution of the world’s oceans.”

Several lower-level engineering crewmembers testified at trial that Samson regularly ordered, with Ignacio’s knowledge and approval, the pumping of oily wastes into the ocean over a period of months. On at least two occasions, Samson ordered the connection of a bypass hose, or “magic pipe,” to pump tons of thick sludge directly overboard. Coast Guard inspectors and laboratory testing confirmed the presence of heavy oils in overboard discharge piping.

When the vessel arrived at the Port of Wilmington, the engineers ordered subordinates to lie to Coast Guard inspectors and to cover up evidence. Chief Engineer Ignacio presented inspectors with a doctored oil record book, in which false accountings of the ship’s production and disposal of oily wastes were recorded.

“The Coast Guard applauds the efforts of the Department of Justice and all parties involved in investigating this case,” said Coast Guard Rear Admiral Meredith Austin, commander, 5th Coast Guard District in Portsmouth, Virginia. “As an agency charged with the stewardship of the environment, we remain dedicated to detecting and preventing threats to the well-being of our nation’s waters and marine resources.”

Also convicted at trial were Oceanic Illsabe Limited, the owner of the Ocean Hope, and Oceanfleet Shipping Limited, its managing operator. Both shipping companies are based out of Greece. Sentencing of the corporate defendants is scheduled for early January 2017.

This case was investigated by the U.S. Coast Guard Sector North Carolina, the Coast Guard Investigative Service and U.S. Coast Guard District Five. Civil Chief Norman Acker and Assistant U.S. Attorney Michael Anderson for the Eastern District of North Carolina provided additional expertise and assistance with the pretrial phase of the case. The attorneys prosecuting the case were Senior Trial Attorney Kenneth Nelson and Trial Attorney Brendan Selby, of the Department of Justice’s Environmental Crimes Section and Banu Rangarajan of the U.S. Attorney’s Office for the Eastern District of North Carolina.