We’ve carried out a pivotal assessment review of the tugboat operations in the new third set of NeoPanamax locks of the $5.25 billion Expanded Panama Canal and made other operational observations.

We were instructed by Autoridad del Canal de Panama (Panama Canal Authority – ACP) with a brief to focus on Health, Safety, Environment and Quality (HSEQ) procedures. ACP accepted our findings in early September 2017 and is now considering any modifications to its procedures and the optimization of its schedules. 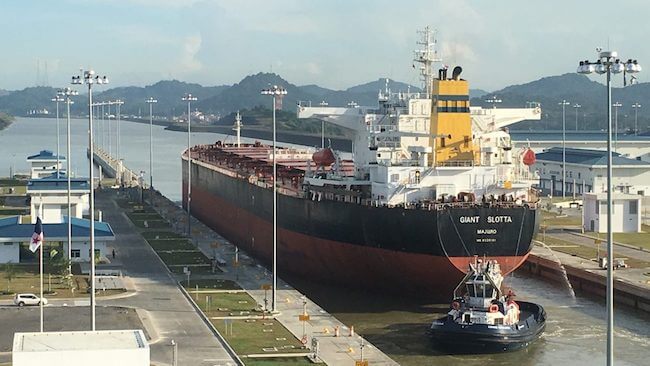 Our Managing Director, Captain Malcolm W Parrott said: “We were selected after a highly competitive international bidding process for our depth of experience and expertise in all aspects of the study including shipping, operations and safety procedures.

“Our findings will contribute to a quicker, more efficient and safer operation on the canal for the benefits of ACP’s shipping company, military and leisure customers as well as their employees and suppliers.

“That fact that ACP decided to invest in this project demonstrates that it is a forward thinking organisation with a focus on its staff.

“It was a pleasure to work with all at ACP and we are now discussing working together on future projects for this pre-eminent waterway.”

The team spent a considerable time in Panama transiting the canal and both new and old locks aboard transiting vessels and assisting ACP tugboats.

Contribution was also made by Captain Ashwani Singhania from our newly registered company in Singapore -The Maritime Group (Asia), showing the true international diversity and reach of TMG.

“This study will play a major role as we continue to expand capacity in a sustainable and safe way, whilst also helping to drive international trade and prosperity.”

ACP is an autonomous agency of the Government of Panama in charge of managing, operating and maintaining the Panama Canal.