A major road bridge with no need to open because ships ‘submerge’ under it – this is the new Tilting Lock invented by Dutch engineers at Royal HaskoningDHV.

Major bridges that move to allow sailing yachts to pass beneath them, like the Zeeland Bridge in the Netherlands, are causing daily traffic congestion when they open for the boats, peaking during the summer season. To resolve this problem, Royal HaskoningDHV has invented the Tilting Lock – designed to allow boats to ‘submerge’ under the bridge instead of it opening for them to pass under.

The Tilting Lock (Kantelsluis) is a floating structure which has two separate water filled channels with space for five yachts at a time. When the lock is level, the water surface in both channels is 4 metre lower than the water in the river. To start service the lock will tilt in order to raise the level of one of the channels to meet the water level outside the Tilting Lock 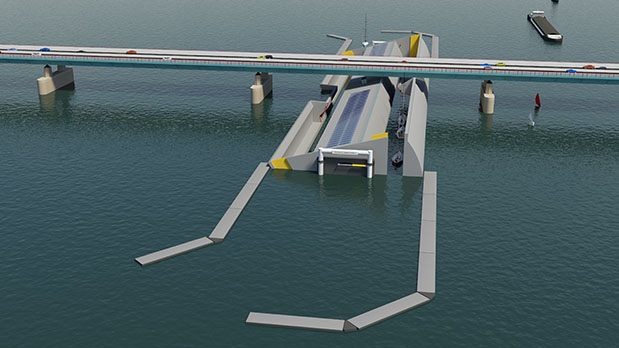 Mr Carolus Poldervaart, a Royal HaskoningDHV designer: “Once the yacht is in the channel, the lock will tilt and ‘submerge’ the boat by 8 metre. After the boat has passed under the bridge the lock reverts to its original position to level the water inside and outside the channel again. This way almost all yachts will be able to pass under busy movable bridges without the bridge having to open. No more waiting traffic, no more waiting boats.”

The Tilting Lock does not pump water and no weight is being displaced. It remains in position, with tilting being the only movement. Mr Poldervaart explains: “The tilting motion is restricted, mainly to guarantee that the sides of the lock do not touch the mast of the boat.” 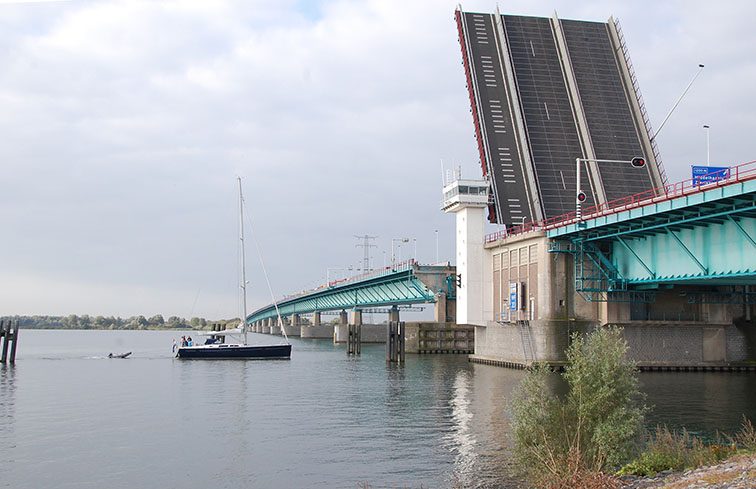 Energy use: equivalent to four hours light from an ecolamp

The energy used by the Tilting Lock is extremely low. Mr Poldervaart continues: “The lock tilts 32 degrees in three minutes and it takes 30 seconds to set the tilting ‘in motion’. In normal weather conditions this uses 0.04 kWh – as little as an ecolamp needs to burn for four hours.” Stopping the tilting produces energy, as do the solar panels on the lock. This energy will be used to tilt the lock and for lighting, as well as opening and closing the lock doors.

The lock will be made of steel and will be built at a wharf and then transported to its final location, enabling 15 to 30 ‘oversized’ yachts per hour to pass the bridge without it opening. Capacity may vary depending on width and length of the lock. Smaller sailing and motor yachts will still be able to pass the bridge as normal. 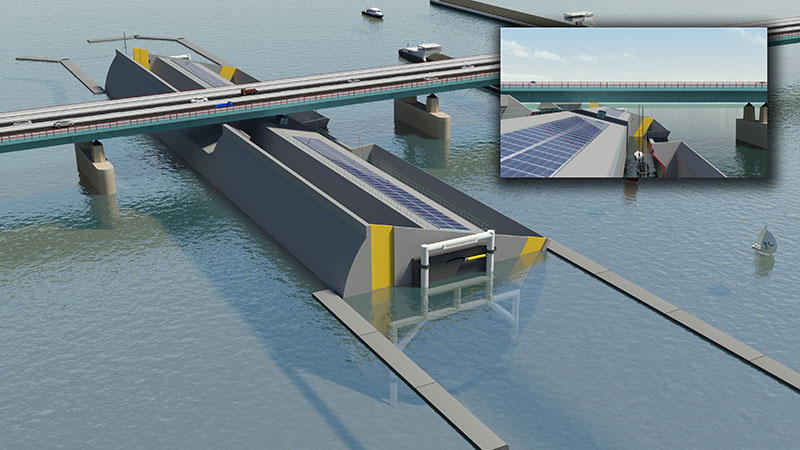 Benefits higher than the costs

The investment for building such a lock is €60 million, depending on size, but the benefits will be enormous. A cost/benefit analysis predicts that the Titling Lock at another busy Dutch opening bridge, the Haringvlietbrug, will yield €100 million over a period of 25 years, with a pay-back time of 12 years.

The Tilting Lock can also be used as an energy efficient ordinary lock with no water being lost when moving ships from higher to lower water levels – a persistent problem in canal systems that are dependent on rainwater to maintain sufficient water depth.

Three Ways The Marine Industry Can Reduce Its Carbon Footprint

ABS Facilitates Polar Code Operational Assessment
Want to share your tips and advice? Got questions? Visit the community forum to ask questions, get answers, meet people, and share your tips!