Reducing carbon emissions and fuel consumption is a major priority for the marine industry. According to the International Maritime Organization (IMO), shipping is a modest contributor to overall carbon dioxide (CO2) emissions as a method of transport. It emits about a tenth of emissions compared to the trucking industry and a thousandth of that from aviation, in terms of carbon emissions per ton per mile.

However, the sheer scale of the international shipping industry in comparison to these other modes of transport means that overall CO2 emission remains high. The most recent report from the IMO found that international shipping alone represents roughly 2.7% of global man-made CO2 emissions – almost the same as that emitted from the aviation industry.

Electric power generation and propulsion is an essential factor in reducing carbon emissions, particularly on vessels with diverse operating profiles. This is because the more efficient electric motors and the variable speed operation of the propulsors can dramatically reduce fuel consumption. Ships using efficient electrical propulsion system consume less fuel and release fewer greenhouse gases to transport the same tonnage as mechanically driven vessels. Production of electrically propelled vessels has increased dramatically since 2004. In fact, in 2012 over 160 electrically propelled vessels were built. 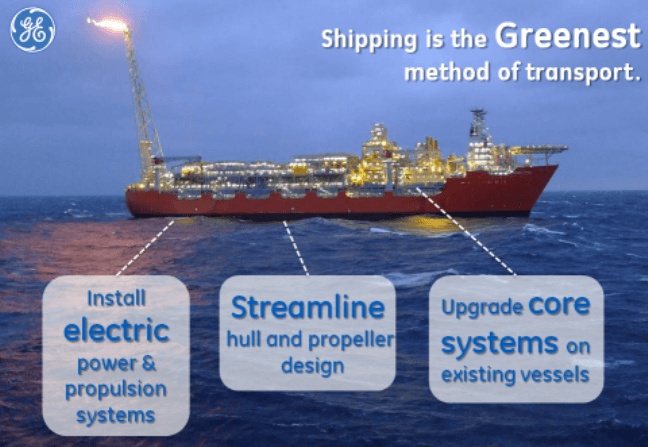 As well as building ships with new electrical propulsion technology, there is an opportunity to upgrade the systems on vessels already in use. For example, the US Navy’s amphibious assault ship USS Makin Island upgraded its power generation to a GE hybrid electrical and gas propulsion system and estimated savings in excess of $15 million in fuel in its 7-month maiden deployment. The U.S. Navy, anticipates lifetime fuel savings in the order of $250 million.

First introduced in the 1960s to assist offshore drilling, dynamic positioning (DP) is now used in a wide range of vessels for different outcomes. Indeed, DP is no longer limited to maintaining a fixed position; it can also be used to ensure that a vessel sails on an exact track, which is useful for underwater construction or pipe laying for instance. Traditionally, dynamic positioning systems were fuel costly because it takes a lot of energy to keep a large vessel completely still, particularly on choppy waters.

However, there are several innovations which are being made across the industry to reduce the fuel consumption of DP systems. For example, new GE Power Conversion DP technology comes with an Energy Efficient Mode, which uses predictive software to anticipate position variation and therefore limit thrust changes when trying to keep a vessel still. Other novel ways to further reduce carbon footprint whilst at the same time reducing equipment wear and tear and the frequency of machinery maintenance are also being considered. They include improving the control strategy, closed ring operation, energy storage and variable frequency generation. With all of these measures in place, this technology can save operators up to 10% in fuel usage which over time can significantly reduce a ship’s carbon footprint.

Another measure ship builders can take to reduce carbon emissions is to streamline the design of ships so they can move faster in the water without using as much fuel. Hull form optimization is one route to reduce drag and streamline vessels, made possible by advances in technology that enable equipment usually stored in the hull to be rearranged.

The integration of GE’s compact podded thruster design, Inovelis™, for example, can expect to yield fuel efficiency gains of up to 10% depending on the ship’s size and operational profile. Based on pump jet principles, it features fixed stator vanes and a nozzle that act together to guide the water flow across the impeller blades, substantially enhancing propulsion efficiency. The advantage of this type of design is so significant that it gives ship designers the potential to streamline aft hull shape and reduce capacity power plant – fewer number of cylinders or smaller engines – when designing offshore vessels.

Similarly, other innovations in propeller design can also save fuel. For example, a MAN Diesel & Turbo retrofit propeller installed recently on a Great Eastern Shipping vessel is expected to save the vessel 4% in fuel. These figures may not seem much, but when you consider the size of vessels and how much fuel they consume, it’s innovations like these that will propel the industry into a more fuel-efficient future. 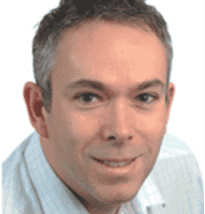 I am the Marine Global Application Engineer Leader at GE Power Conversion. Through the past years, I have taken roles in drive sales, drive control engineering and project management before becoming Proposals Manager of the Offshore Marine business. In the last 2 years, I took the lead to produce a tool to support offshore capability studies before being asked to manage the Offshore Application Engineering team. I joined GE Electrical Projects as an apprentice I attained a 1st class honors degree in Combined Engineering (Electrical) through part time study.