Mitsui O.S.K. Lines, Ltd. today announced that a series of three MOL-operated 50,000 DWT methanol carriers — the Taranaki Sun, Manchac Sun, and Cajun Sun – received the “Technology Special Prize” in the Ship of the Year 2016 awards sponsored by The Japan Society of Naval Architects and Ocean Engineers (JASNAOE). Every year, the Ship of the Year judges select the made-in-Japan vessels that represent the highest levels of technology, design, and social responsibility.

The Technology Special Prize goes to the most technologically advanced ships, and only four vessels, including the series of three MOL methanol carriers selected this year, have received this prize in the past 27 Ship of the Year presentations. 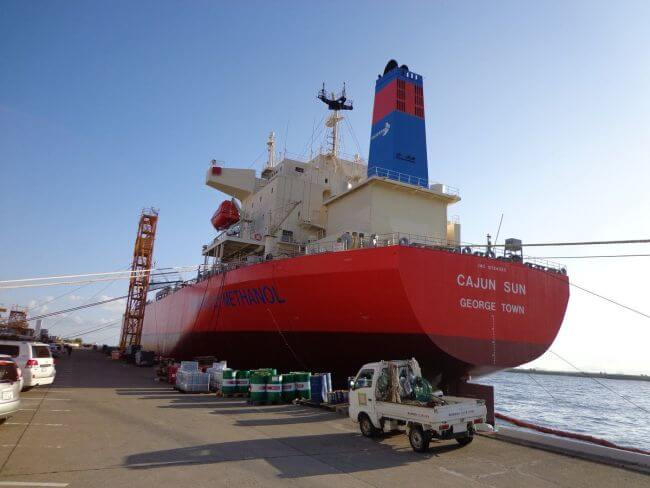 The three vessels that received the prize are the world’s first methanol carriers equipped with main engines that use methanol as fuel, (announced on December 10, 2013). These are a series of newbuilding vessels jointly developed by four companies including MOL (Note 2). Methanol is an environment-friendly fuel, and significantly reduces emissions of sulfur oxide (SOX) and nitrogen oxide (NOX). In addition, these state-of-the-art methanol carriers adopt the latest communication technology, as well as IoT and AI technologies, and were evaluated for technologically advancement as cutting-edge “eco ships.”

MOL continually expands methanol transport services to meet the needs of a wide variety of customers, by leveraging its accumulated experience and know-how as one of the world’s largest methanol carriers. It also makes the utmost effort to prevent air pollution as part of its environmental strategies, while taking a proactive stance on introducing various technologies that reduce the environmental impact of its operations.