Three seafarers are reportedly missing in China after an oil tanker, Xing Long Zhou 569, suffered explosion and major fire on board on some 115 nautical miles east off Qingdao in the East China.

Reports said the vessel met with the accident while it was sailing 90 miles south of Shidao Island in Shandong province and the Chinese authorities rescued 13 crew members aboard after the crew sent a distress signal.

The cause of the explosion is still unknown, but officials said the root cause of the fire will be assessed during the next days. 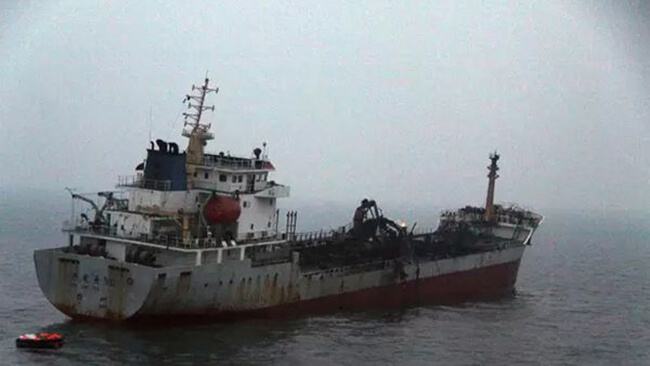 The fire was under control later as the Chinese maritime authorities sent salvage ships Bei Hai Jiu 112 and Bei Hai Jiu 201, as well as a helicopter, to the scene. The search and rescue operations are reportedly underway.

Reports said the fire had extended to the whole super structure of the vessel and was spreading to the cargo deck when firefighters started battling the fire. The 117.20 m-long tanker was later towed to Shidao Port for maintenance and a probe into the incident.