Since 1965, the Sea-Air-Space Exposition has brought together the U.S. sea services, private-sector companies and key military decision makers for an innovative, educational, professional and maritime-based event. The expo features high-level discussions on strategic policy, programs and maritime issues as well as interactive exhibits showcasing industry’s latest technology and equipment. Amongst the topics at this year’s expo will be the Arctic region and the operational challenges this emerging frontier presents.

The Coast Guard Commandant Adm. Bob Papp spoke of the Arctic as an emerging frontier during the 2013 State of the Coast Guard Address in February. He said, “one example of what our future holds can be seen in the emerging frontier of the Arctic, where there is a new ocean appearing. In September we observed the lowest sea ice extent in recorded history, and there are vast areas of open water where there used to be ice…As the receding ice increasingly gives way to commercial ventures, and human and economic presence increases, so do our responsibilities. We must continue to refine our ability to provide – and then support – a persistent operational presence during periods of increasing human activity and environmental risk.” 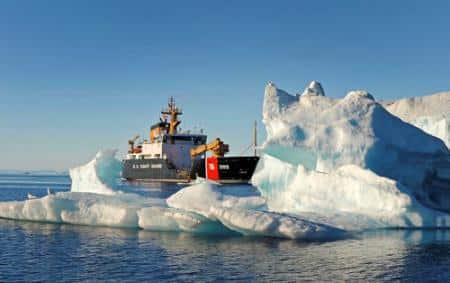 The United States is an Arctic nation with significant equities in the future of the region. As with all U.S. waters, the Coast Guard is responsible for ensuring safe, secure, and environmentally responsible maritime activity in the Arctic. Our efforts are accomplished in close coordination with federal, state, local, tribal and international partners in order to facilitate commerce, manage borders and improve resilience to disasters.

The Arctic environment is changing over time. Satellite observations show decreasing multi-year ice and increasing open water during summer. Coastal villages have experienced environmental changes that make their communities more prone to storm surges, diminishing permafrost and coastal erosion. Although winter sea travel is still limited, maritime navigation is becoming more feasible during summer and early autumn. Economic development, in the forms of resource extraction, adventure tourism and trans-Arctic shipping, are driving much of the current activity in the region. 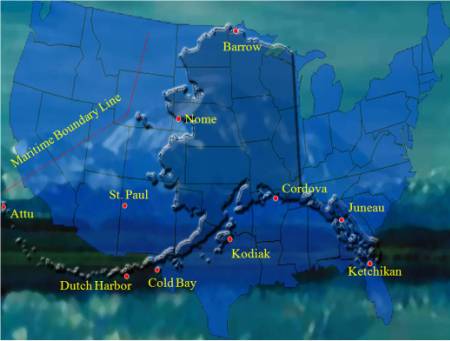 The Arctic region is believed to contain an estimated 13 percent of the world’s undiscovered oil and 30 percent of undiscovered gas (pre-shale). Decreasing sea ice and diminishing onshore oil production are creating incentives for exploration offshore. Concurrently, tourism is increasing rapidly in the Arctic. Due to undeveloped landside infrastructure, much of the increased tourism is expected to involve transportation via passenger vessel which will further increase activity in Arctic waters. Each of these activities carries maritime risk, which must be managed through appropriate maritime governance. 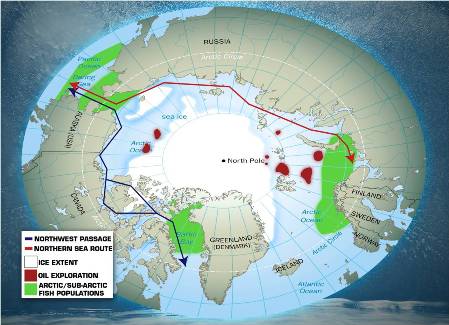 Overall, activities of economic growth and development are shaping the future of the Arctic while the chance of military conflict remains extremely remote. Indeed, there is a new and historic maritime frontier opening right before our eyes, and modern technology and capabilities are helping to ensure deliberate and responsible development. The Coast Guard will remain an important partner in the future of the region. Moving forward, the Coast Guard is focusing on three strategic objectives over the coming decade to ensure safe, secure and environmentally responsible maritime activity in the Arctic:

Coast Guard operations require precise and ongoing awareness of activities in the maritime domain. Awareness enables identification of threats, sharing of information with front-line partners and improved risk management. Improving awareness requires close collaboration within the Department of Homeland Security, as well as with the departments of State, Defense, Interior, Commerce and other stakeholders, including the intelligence community, to enhance integration, innovation and fielding of emerging technologies.

Operating in the Arctic requires a collective effort among stakeholders. This objective includes domestic regulatory regimes; international collaborative forums such as the Arctic Council, the United Nations’ International Maritime Organization and Inuit Circumpolar Council; and local engagements in Arctic communities focusing on training and assistance. Success in the Arctic also depends upon close intergovernmental cooperation to support national interests, including working closely within DHS, as well as with the departments of State and Interior, National Science Foundation and other Federal, state, local and native partners as the United States prepares to assume chairmanship of the Arctic Council in 2015. 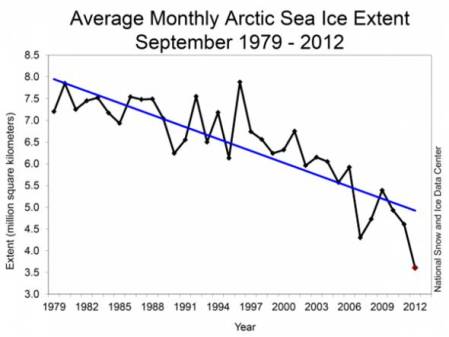 Beyond these three strategic objectives, there are a number of additional factors that will position the Coast Guard for long-term success. These factors include building national awareness of the Arctic region and its opportunities, improving public-private relationships and identifying future requirements and resources to shape outcomes favorably.

Operating in the Arctic is not a new venture for the Coast Guard. However, adapting to changing conditions will require foresight, focus and clear priorities. It will also require the closest of collaboration with our partners in the State of Alaska. Improving awareness, modernizing governance and broadening partnerships will best position our Service for long-term success by ensuring safe, secure and environmentally responsible maritime activity in the region.

How the Ice Melting in the Arctic has Affected the Shipping Industry?

What To Do When A Ship Is “Beset”?