Shipping confidence held steady in the three months to end-May 2018 according to the latest Confidence Survey from international accountant and shipping adviser Moore Stephens. The average confidence level expressed by respondents was unchanged at the four-year high of 6.4 out of 10.0 recorded in February 2018. Confidence on the part of owners was also sustained at a four-year high, of 6.6, while managers’ confidence was up from 6.4 to 6.7. The rating for charterers was up to 6.7 from 5.0 and confidence in the broking sector was up from 6.1 to 6.3. The survey was launched in May 2008 with an overall rating for all respondents of 6.8.

The likelihood of respondents making a major investment or significant development over the next 12 months was down on the previous survey from 5.5 to 5.2 out of a maximum possible score of 10.0. Confidence was highest among charterers, followed by owners (down from 5.9 to 5.5), managers (down from 5.6 to 5.4) and brokers (down from 4.0 to 3.5). 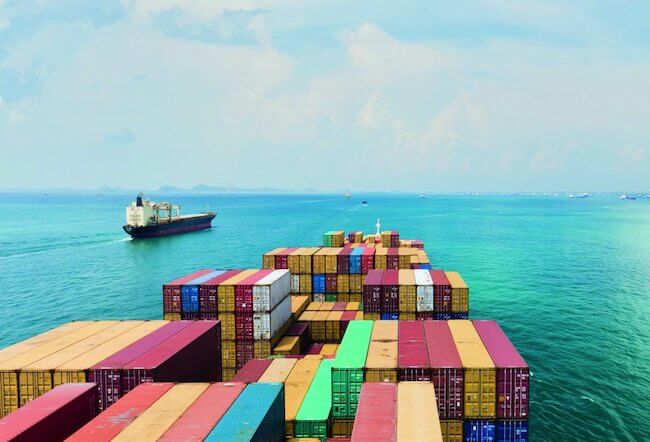 Richard Greiner, Moore Stephens partner, Shipping & Transport, says, “It is two years since our survey reflected any decline in confidence. Net freight rate sentiment was significantly up in all the main tonnage categories. Shipping still has problems to overcome, but it continues to punch above its weight in terms of optimism.”

The survey was launched in 2008 just months before the Lehman Brothers bankruptcy which was to trigger a protracted global financial recession. Shipping markets were buoyant at the time, with an average confidence level of 6.8 out 10.0.

Over the past ten years, confidence averages out at 5.8 out of 10.0. The low point was the 5.0 out of 10.0 recorded in February 2016, since when it has only improved or been maintained. The 2010 financial crisis in Greece may have been a prime factor in the fall in confidence to 5.3 in August 2011, but thereafter began a period of fluctuation before a gradual recovery beginning in 2016 which appears not to have been affected by the birth of Brexit that year.

Over the life of the survey, demand trends have been the factor deemed most likely to affect performance, identified by an average 24% of respondents, followed by competition (20%) and finance costs (16%).

The ten-year averages for operating costs (10%), fuel costs (8%) and crew supply (5%) are all below the corresponding averages of 12%, 11%, and 11% for May 2008, doubtless due to the effects of the economic downturn and fluctuations in the price of oil. Ten years ago, regulation was cited by just 2% of respondents as a significant performance-affecting factor. Today it stands at 10% and averages 4% over the decade.

Over the last decade, an average of 48% of respondents have been of the view that finance costs were likely to rise over the coming year. When the survey was launched in May 2008, 66% of respondents were of that opinion. By February 2009, the numbers had dropped to 47% and, by 2015, to 32%. Today, the figure stands at 63%.

Ten-year averages for the freight markets reveal a sizeable increase in expectations of higher dry bulk and container ship rates. Net sentiment in dry bulk was -3 in May 2008, but the 10-year average is +24. The corresponding figures for container ships are +2 and +15. Ten-year net sentiment in the tanker sector, meanwhile, was +20 in 2008, and averaged +19 over the decade. In all three tonnage categories, current expectations of higher rates are significantly above those of ten years ago.

When the survey was launched, respondents rated at 5.9 out of 10.0 the likelihood of making a major investment or development over the next twelve months. The average for the ten-year period is 5.3. Expectations peaked at 6.0 out of 10.0 in August 2010 but reached a low of 4.8 in February 2016.

Richard Greiner says, “The survey reflects the sentiments of a volatile industry in a particularly volatile decade. Significant events have included the peak of a boom, a prolonged global financial recession, crises in the banking sector, the collapse of stock markets, the Greek debt crisis, Brexit, and an unprecedented level of government and industry bail-outs.

“Ten years is a long time in shipping, and the past decade has doubtless felt a lot longer still to those industry participants who have lived through it, even those inured to the peculiar cyclicality of the industry. Confidence may have fluctuated, but it has never collapsed, and portents for the coming decade can reasonably be expected to be better.”