We are pleased to announce that Pan Asia has successfully completed sea trials off the east coast of Shanghai in the East China sea. 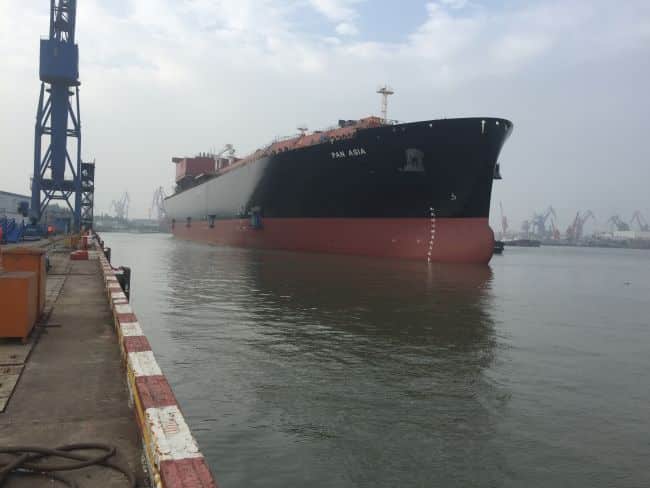 The vessels, which are scheduled to deliver between September 2017 and January 2019, will each operate under 20-year time-charter contracts, plus extension options, with Methane Services Limited, a wholly-owned subsidiary of Shell.

From steel cutting to vessel launch, the team has been doing a fantastic job preparing the vessel for sea trials. Pan Asia’s steel cutting ceremony took place in April 6, 2015 and was successfully launched on April 15, 2017. The other three newbuildings, Pan Americas, Pan Europe and Pan Africa, are already under construction at the yard.

The completion of the sea trials of Pan Asia marks a significant milestone in this project, with gas trials soon approaching the end of July. The trials were attended by more than 210 personnel including all disciplines from the shipyard, Class, service engineers from most equipment manufacturers, Teekay site team, operations team and our partners and charterers – it was cozy to say the least!

The vessel performance exceeded expectations from a maneuverability, speed and vibration point of view. Just prior to the sea trials, the shipyard also achieved five million man-hours without any lost time injuries (LTI) on the project – a significant safety milestone in its own right.

We will like to thank the entire project team for all their hard work to ensure successful project completion of the Pan Union newbuildings. Well done!

Growing Asian Demand Spurs Shipping And Logistics In Taiwan
Want to share your tips and advice? Got questions? Visit the community forum to ask questions, get answers, meet people, and share your tips!