On May 29th, Teekay’s first M-type, Electronically Controlled, Gas Injection (MEGI)-powered LNG vessel, Creole Spirit, was floated out at the Daewoo Shipbuilding & Marine Engineering (DSME) shipyard in South Korea. The vessel is on charter contract with Cheniere and is expected to enter service early 2016, making it the most efficient LNG ship on the water with the lowest unit freight cost in the world fleet.

The two stroke engine technology provided by MAN Diesel, the MEGI propulsion system, is driving a step change in global LNG vessel efficiency. Whilst the most efficient Dual Fuel Diesel Electric (DFDE) propulsion systems have daily consumptions in the region of 125 to 130 tonnes including sea margin, the MEGI vessels have a consumption of 100 tonnes. 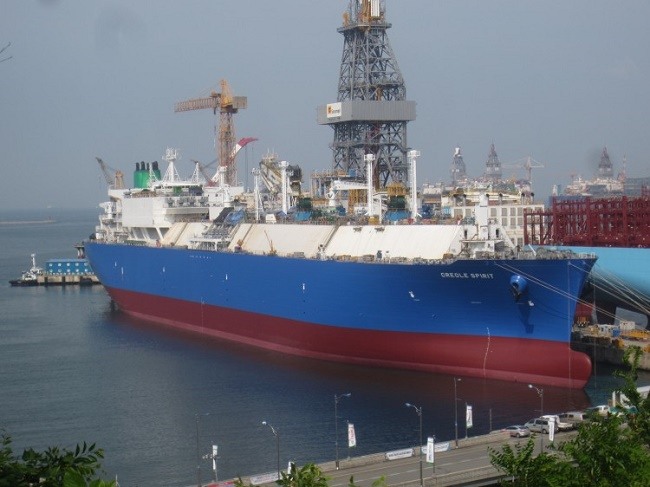 That being said, it is not just the fuel consumption that makes the two stroke story so compelling. The reduction in the number of cylinders requiring overhaul, the reduction in the size of the complex electrical systems and the introduction of a passive partial reliquefaction system add to these LNG vessels’ efficiency and further help to reduce the unit freight cost.

Over the next 8 months DSME will install the cargo containment system capable of transporting 174 000 m3 of LNG and put the ship and its equipment through the required tests and trials.