November 22 marked the steel cutting ceremony of Teekay LNG Partner’s second LNG icebreaker newbuilding for the Yamal project. The event took place at the DSME shipyard in South Korea where the Gas team was joined by Class and Charterer representatives.

The ship, Rudolf Samoylovich, is named after a Russian polar explorer participating in geological expedition to Spitsbergen in 1912, Zeppelin expedition in 1931 and other expeditions on icebreakers in the thirties. 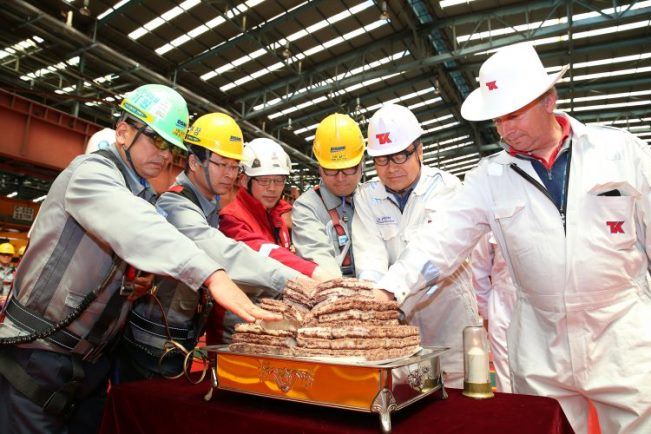 Hull Superintendent, Gi-Bong Jeong, had the privilege to push on the button activating the cutting of the first plate of the ship.

Rudolf Samoylovich is Teekay’s second 172,000 cubic meter ARC7 LNG carrier newbuilding of six to be built for the Yamal LNG project in Northern Russia. The first newbuilding, Eduard Toll, began construction earlier this year with the steel cutting completed in April. Both vessels has been named after famous Russian explorers known for their arctic and polar expeditions.