A long-awaited decision. The Swedish government has proposed a Swedish tonnage tax system. The aim is for Swedish shipping companies to compete under equal conditions with companies in other countries in Europe.

At Donsö Shipping Meet 2015, the Minister for Infrastructure Anna Johansson presented the government’s maritime strategy. At the same time, she revealed that a Swedish tonnage tax will be introduced in summer 2016. Tonnage tax means that Swedish shipping companies will operate under competitive conditions similar to companies in other countries in Europe.

“This is extremely pleasing and a long-awaited decision. The tonnage tax is an important element in achieving a more equitable level of competition for the Swedish merchant fleet. This will reinforce the whole of the shipping industry in Sweden,” said Magnus Kårestedt, Port of Gothenburg Chief Executive. 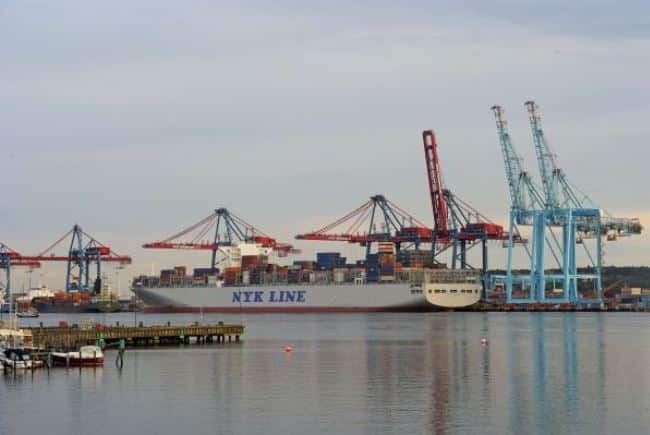 Swedish ships have been registered under flags of convenience for many years. Last year, the Swedish merchant fleet decreased by a further six ships, making 320 in all. Sweship, formerly the Swedish Shipowners’ Association, estimates that the introduction of the tonnage tax will over the next ten years result in 300 new ships sailing under the Swedish flag and 17,000 new jobs.

“In purely concrete terms this means that we will see more ships sailing under the Swedish flag at the Port of Gothenburg and at the same time an increase in peripheral shipping operations,” Magnus Kårestedt continued.

The government regards the introduction of the tonnage tax has an integral part of Sweden’s ambition to have the lowest level of unemployment in the EU by 2020.

Tonnage tax, also known as blue tax, is a voluntary tax system to which companies can become affiliated. Tonnage tax makes it possible for shipping companies to pay tax in Sweden according to fixed tariffs based on the net tonnage of the ships. Corporation tax is levied on the tonnage income instead of the actual commercial profit, thus making it a competitive and transparent tax. It is a predictable system that offers good continuity for the shipping industry.