Survitec has taken lifejacket safety and performance beyond the regulatory requirement with the introduction of a lifejacket range that has a minimum of 150 Newton buoyancy.

The re-engineering of its existing Premier lifejacket range to increase buoyancy and comfort follows a growing trend across the cruise ship sector to increase lifejacket capacity on board. 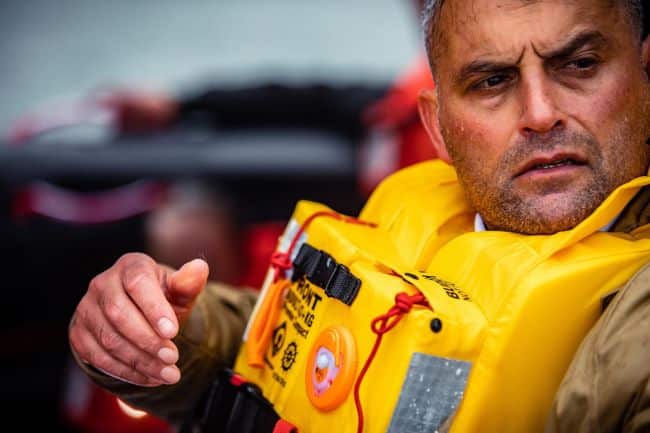 While this additional capacity can take up more space, operators have been looking at ways of improving safety without detriment to lifejacket performance. Based on feedback from leading operators we have been able to increase buoyancy to a minimum 150 Newton without increasing the overall size of the lifejacket.”

“Research indicates that the level of buoyancy has a direct correlation with a lifejacket’s self-righting capability. The amount and position of that buoyancy will also determine a correct floating position in water; for example, low buoyancy products may cause bobbing up and down in a vertical position taking the airways closer to the water surface. Lifejackets with 150 Newton buoyancy help ensure the wearer floats in a safer position high above the waves, improving the chances of survival and increasing visibility.”

These enhancements to the Premier Compact lifejacket were possible by increasing the buoyancy at the top of the lifejacket and shaping the foam around the buckle, which also allows for easier, more compact stacking and stowing.

Ten stowed adult jackets take up 0.182m3 of space compared to the 0.300m3 area of ten original, 2010-designed Premier jackets. To put this space saving into perspective, it was possible to ship a recent order of 19,865 Premier Compact lifejackets in seven shipping containers instead of nine. The adult version of the jacket has packed dimensions of 440mm x 280mm x 146mm and is sized to fit a chest girth of 1750mm. Crew and child versions are also available.

“We are seeing a shift in lifejacket safety as part of the new era of large cruise ships. In the past operators have tended to conform to the mandatory requirement but the sheer scale of the modern cruise ships means that it takes time to move from one place to another resulting in operators ordering in excess of 15,000 lifejackets to enable lifejackets to be strategically placed around the ship,” said Lutman.