Over the last five decades, the frequency of oil spills from tankers has continued to decrease. The average number of spills of 7 tonnes or more in the 1970s was about 79 per year and has now decreased by over 90 percent to a low of six.

Similarly, there has been a significant reduction in the quantity of oil spilled over the decades. The total amount spilled per decade has reduced by about 95% since the 1970s.

In 2019, one large spill (>700 tonnes) and two medium spills (7–700 tonnes) were reported. The large spill occurred in North America and both medium spills occurred in South Asia. Three spills, of size 7 tonnes or more, is the lowest recorded for any particular year in the last five decades. The estimated total amount of oil lost to the environment through tanker incidents in 2019 was approximately 1,000 tonnes. 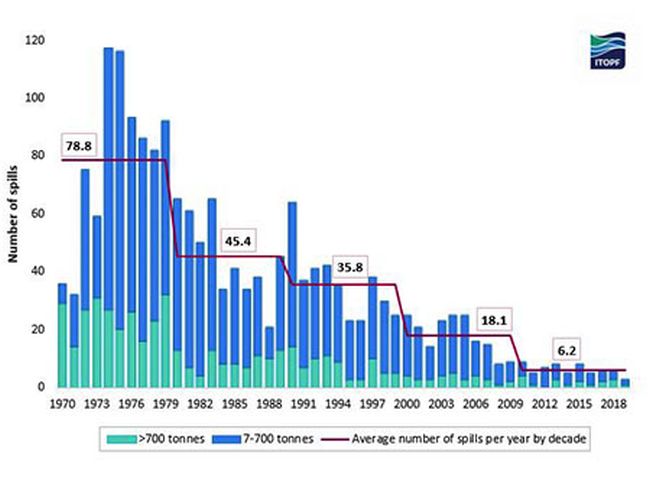 ITOPF’s 50 years of oil tanker spill data reflect the hard work by governments and industry in improving safety and standards of operations.