When the new and enlarged Suez Canal opens on Saturday, two University of Waikato academics will not be cheering quite as loudly as the population of Egypt.

The massive $8.4 billion project – linking the Red and Mediterranean seas – consists of a new 35 kilometre section running parallel with the original canal. It will allow ships to sail in both directions at the same time over much of its length and is expected to more than double Egypt’s annual revenue from the Suez Canal from $US5 billion to $12.5b. It is due to officially open on 6 August. 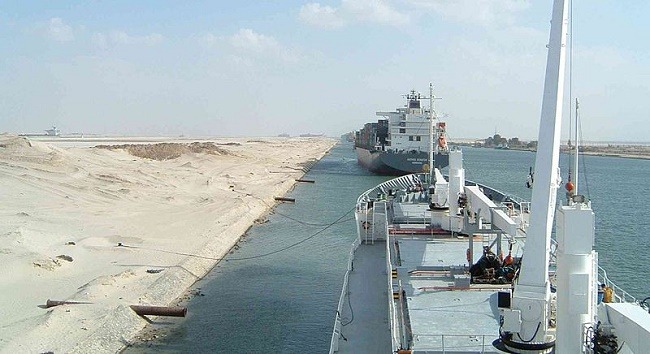 Professors Hewitt and Campbell say hundreds of invasive species have already made the 195-kilometre journey from the Red Sea to the Mediterranean Sea since the canal was first opened in 1869 and increasing the size of the canal would only exacerbate the problem.

Many of these species have displaced indigenous species and caused serious impacts to the Mediterranean ecosystem along with impacting on commercial activities, recreation and human health.

Building a new canal had provided an opportunity to take stock of the situation and consider alternatives, but no environmental assessments had been done.

“There was the opportunity to ask the question, is there something we can do about this?” Professor Hewitt says.

Professor Campbell says their interest in a project on the other side of the world has been questioned but she says the continued spreading of invasive species “is a global problem so it is an issue for everyone”.

“This has implications for us all,” she says.

Professor Hewitt says there are several ways to slow the spread of species through the canals, including curtains of air bubbles or building a desalination plant in the vicinity and using the waste – which has an extremely high salt content – to create a dead zone in the canal, which most species would avoid.

“That would seem a logical idea. The local people would get clean water and an effective barrier would be created.”

TMC To Provide Smart Air Compressors For Ethylene Carriers
Want to share your tips and advice? Got questions? Visit the community forum to ask questions, get answers, meet people, and share your tips!