Japanese Bulk carrier MV Wakshio that has been stranded on a coral reef off the southeast coast of Mauritius could now be on the verge of cracking into two pieces.

The hull of the ship now appears to have huge cracks that may “break in two” said Prime Minister, Pravind Jugnath while warning the country to muster up for a “worst-case scenario”.

The ship ran aground the reef off the Indian Ocean on 25th July and has remained in place ever since. Harsh waves from the ocean eventually caused cracks leading to a 1000 tonne oil spill threatening the marine life of Mauritius.

Rescue teams are now hurrying to retrieve remaining fuel off the ship carrying 3800 tonnes of fuel. This is being done to limit the damage caused to the abundant marine life in Mauritius that also provides for the island country’s economy, food security, and health. Over 500 tonnes have been lifted off the vessel with the help of helicopters. 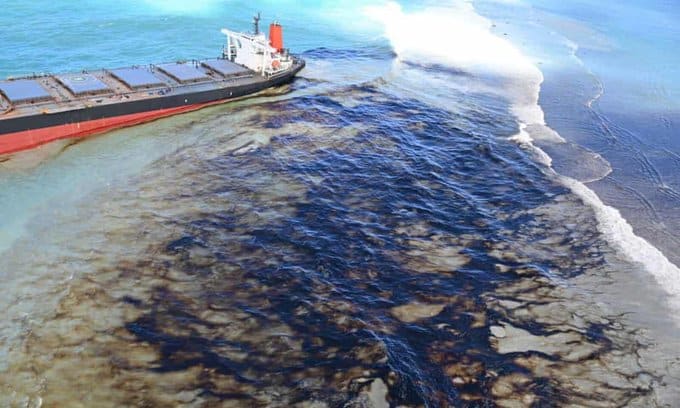 Greenpeace Africa has warned that thousands of animals “were at risk” to drown due to pollution. Mauritius is also home to a large population of reptiles with unique genetic make-up.

Police units and coast guards are working on-site, along with the local community lending their hand to control the leak seeping into surrounding waters. The oil has now reached Mahebourg lagoon a scenic spot that had just started growing corals following efforts since 2001.

Urgent efforts are now underway as the fear of the cargo oil getting deeper into water is now apparent. Teams by the Mauritian Wildlife Foundation are already working to save different species of plants and animals, at the island of Ile aux Aigrettes before time runs out. 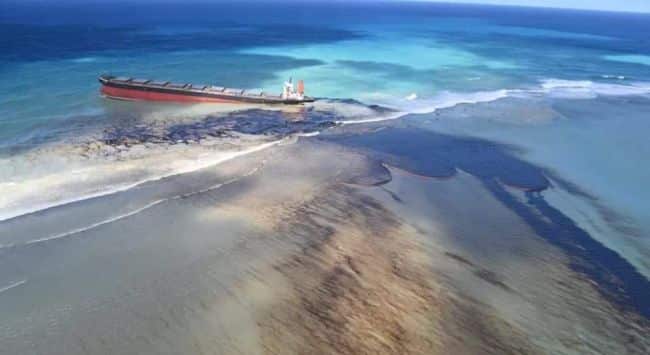 Sunil Dowarkasing, a former member of parliament is worried, “The danger of the ship breaking into two is increasing hour by hour…Two ships are headed to the site so that fuel can be pumped into them, but it is very difficult.”

Ashok Subron, an environmental activist commented, “People have realized that they need to take things into their hands. We are here to protect our fauna and flora” in reference to volunteers ignoring government orders to stay away from clean-up operations.

France and Japan too, have obliged by agreeing to send military aircraft carrying pollution-control equipment and a team of experts to cope with the disaster, on an appeal by the Prime Minister.