The STM Validation Project is to release a new service that reduces crew workload and minimizes the risks of accidents and misunderstanding. With the new Baltic Navigational Warning Service, navigational warnings can be sent directly to the on-board ECDIS via digital communication, machine to machine. The new service allows warnings to be sent only to those affected and deleted when no longer relevant, thereby offering greater accuracy, relevance and less administrative burden and, thus, increased safety at sea. 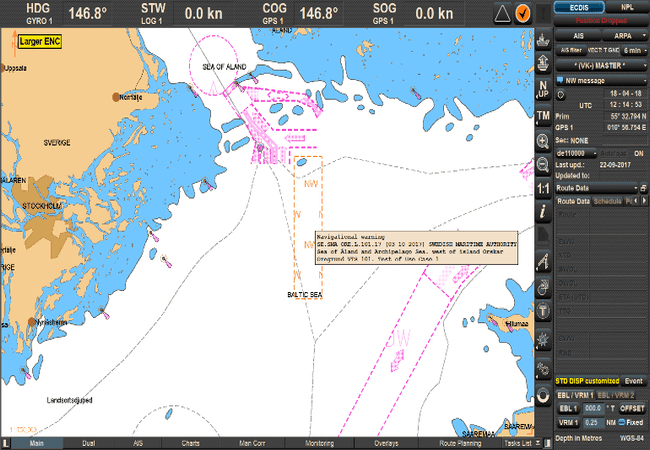 The purpose of the Baltic Navigational Warning service is to provide a ship with only those warnings that are relevant to its route and for the period required. The warnings are displayed directly in the on-board ECDIS and automatically deleted when no longer valid.

Navigational Warnings relevant to the chosen route and time will be sent directly to the ECDIS on board the ship. Navigational warnings in areas not affected by the route will not be received.

The new service reduce workload on board as there is no need to manually plot positions or areas received by NAVTEX or voice communication. It also reduce human errors as warnings are provided digitally and seamlessly shown directly in ECDIS possible human errors, misunderstandings and manual plotting errors can be avoided. Björn Andreasson is the Testbed Manager for the STM Validation project: “The new service is being verified by ships in the STM Validation project and also in the European Maritime Simulator Network. The mariners participating in the simulations were very positive. Not having to receive navigational warnings by Navtex only and manually transfer them was a great relief for the participants. An Officer on Watch said in the debriefing afterwards that he now could fully focus on safe navigation knowing that the navigational warnings of relevance would show up directly in the ECDIS on board,” Björn Andreasson explains.

The Navigational Warning Service has been developed within the STM Validation project, funded by the European Union and led by the Swedish Maritime Administration. The warnings are sent to the ships using the draft S-124 format. The S-124, navigational warnings, product specification is currently being developed by an IHO Correspondence Group. Before being mature for endorsement and standardisation the STM Validation project serves as one of the testbeds to validate a draft version of the specification. 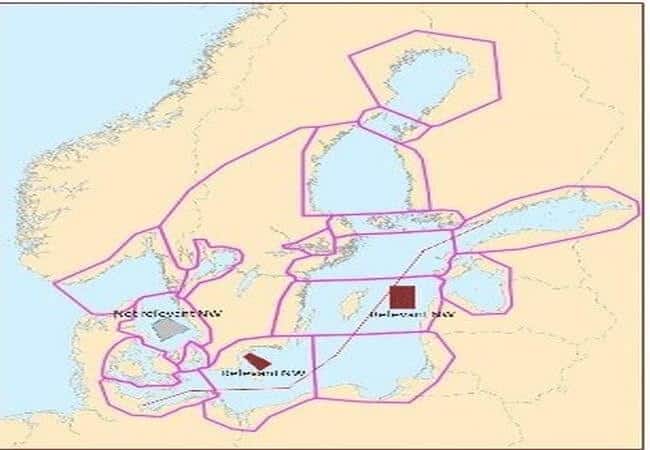 BMT Launches New CargoHandbook App
Want to share your tips and advice? Got questions? Visit the community forum to ask questions, get answers, meet people, and share your tips!