Stena Bulk has placed an order for three 50,000 dwt IMOIIMAX MR tankers with the Chinese shipyard CSSC Offshore & Marine Engineering (CSSC OME*) in Guangzhou. It has also taken out an option on a further two vessels. The total value of the order is USD 200 million. The first delivery is planned for the end of 2017 after which the vessels will be delivered at 3-monthly intervals.

The vessels now ordered are of the same type as the ten chemical and product tankers ordered by Stena Bulk in 2012 from the same shipyard, the first four of which were delivered earlier this year. All the IMOIIMAX tankers will be deployed in Stena Weco’s global logistic system, which currently employs more than 60 vessels. 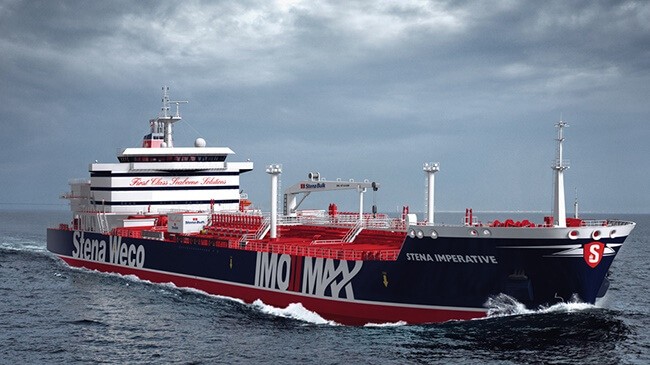 “We are very satisfied with the performance of the IMOIIMAX tankers and are thus adding to this part of our fleet still further. With their greater efficiency as regards fuel consumption and cargo, these vessels are also environmentally superior compared to many other vessels in their class, which, of course, is a major advantage. Commercially, they are a good complement to our fleet”, says Erik Hånell, CEO of Stena Bulk.

Four of the ten vessels ordered earlier – the Stena Impression, Stena Image, Stena Imperial and Stena Important – were delivered this year and the remaining six vessels will be delivered by 2017. Of the ten IMOIIMAX tankers, one is wholly owned by Stena Bulk, six are owned together with GAR (Golden Agri Resources), two are owned by the sister company Concordia Maritime and one is wholly owned by Stena Weco.

The IMOIIMAX concept is a further development of a well-established and successful concept offering extra high cargo flexibility and even lower fuel consumption. Stena Teknik, together with the shipyard GSI, was responsible for the technical development of the IMOIIMAX concept. The IMOIIMAX tankers have 18 tanks enabling them to transport both vegetable oils and chemicals such as petroleum products.