Lomonosov Prospect, Sovcomflot’s large-capacity tanker using LNG fuel as its primary fuel, successfully completed a commercial voyage along the Northern Sea Route (NSR) to deliver a cargo of petroleum products from the Republic of Korea to Northern Europe.

The high-latitude voyage from Cape Dezhnev at Chukotka to Cape Zhelaniya of the Novaya Zemlya archipelago took the Arc4 vessel 7.8 days to complete, during which the tanker covered a distance of 2194 nautical miles.

During the voyage, the crew successfully tested the operation of the ship engines and controls of the fuel systems using LNG, as well as the operation of navigation equipment and machinery in ice conditions and sub-zero temperatures. 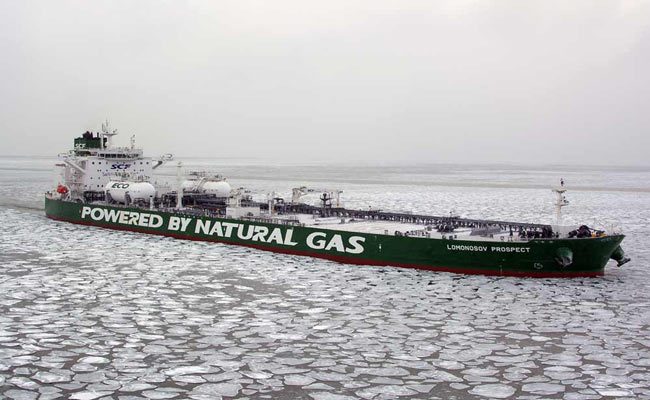 The successful voyage has confirmed the vessel’s high manoeuvrability and icebreaking capabilities, as well as being a highly safe, environmentally friendly and efficient vessel.

The tanker travelled almost the entire NSR without any icebreaker escort, having covered some 950 nautical miles in ice conditions. She was escorted by Atomflot’s nuclear-powered icebreaker Taimyr only when traversing the most navigationally and hydrographically challenging area of the Ayon ice massif in the East Siberian Sea. 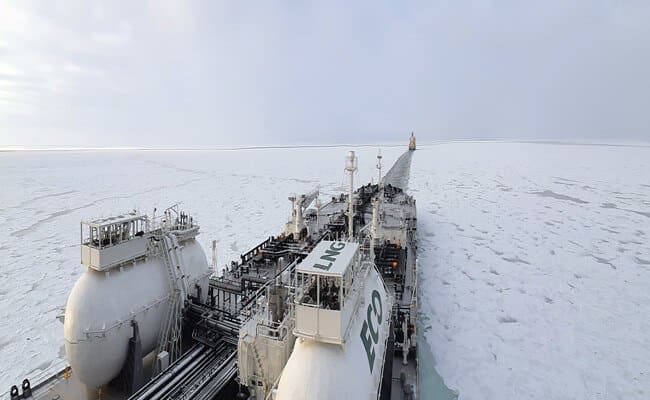 The tanker’s Master was Dmitry Belozerov, a captain with extensive high-latitude navigation experience. In 2010, Dmitry Belozerov served as Chief Officer on Sovcomflot’s tanker SCF Baltica – the first-ever large-capacity vessel to complete a transit voyage along the NSR. The results obtained during that experimental voyage provided the foundation for developing marine transportation solutions for major industrial projects in the Arctic, such as Yamal LNG and Novy Port.

During the voyage, the crew was bolstered with the addition of a second Master/ice advisor, whose extensive experience was very helpful both during the preparations for and throughout the voyage itself.

At the moment, the vessel is proceeding towards her destination port. 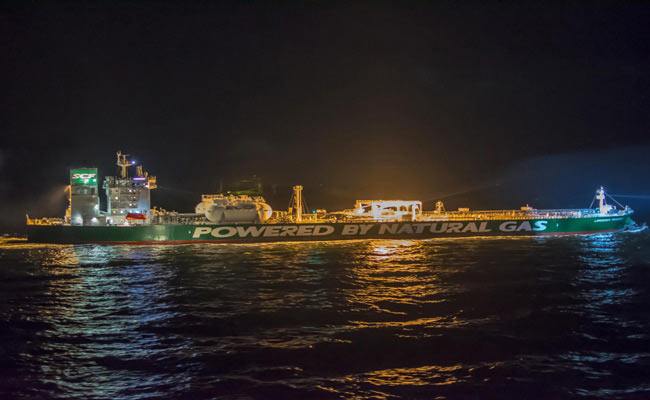 Lomonosov Prospect is the second in the series of six Aframax tankers designed to operate on LNG as the primary fuel. The tanker was delivered to SCF in October 2018. The vessel has a length of 250 m, a breadth of 44 m, a deadweight of 114,000 tonnes, and is assigned an ice-class Arc4. The crew numbers 22 people.

Sovcomflot’s ‘Green Funnel’ Aframax tankers set a new standard of navigation safety and quality for the global shipping industry, as switching to cleaner-burning LNG fuel allows to significantly reduce the impact on the natural environment. This is particularly important for ships in high-traffic areas such as the Baltic and North Seas where these ‘Green Funnel’ tankers will primarily operate.

In September 2018, Sovcomflot has placed with Zvezda Shipbuilding Complex orders for a series of two similar LNG-fueled Aframax tankers, both of which will then be time-chartered to Rosneft for 20 years each.

Additionally, Sovcomflot will provide technical supervision during the construction of the five similar LNG-fuelled Aframax tankers for Rosneft, also ordered at Zvezda Shipbuilding Complex. Upon the delivery of these vessels, Sovcomflot provides the shipowner with a range of services to ensure the effective and safe management of these vessels, including the recruitment of high-skilled crews and their management.