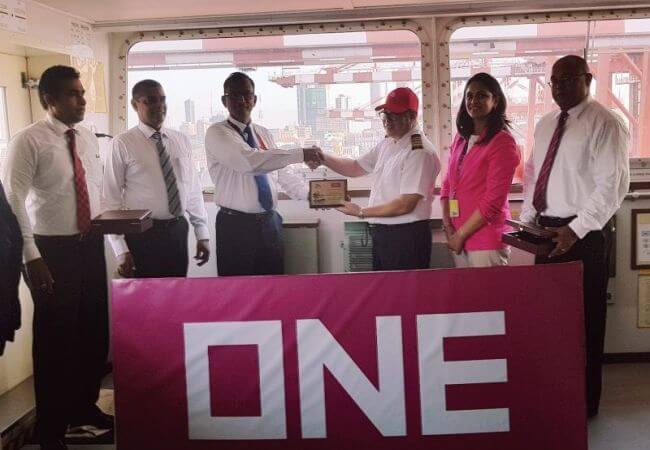 South Asia Gateway Terminal (SAGT), is owned by a consortium of local and global companies, including APM Terminals, which holds a 33% share. Opened in 1999, it was Sri Lanka’s first private terminal. It has seen almost continuous year-on-year volume growth and achieved a container throughput of 1.8 million TEUs in 2017.

ONE’s EC5 service will link Asia to the East Coast of North America, with calls at Laem Chabang, Thailand; Cai Mep, Vietnam; Singapore and Colombo before crossing the Atlantic via the Suez Canal, calling Halifax, Canada; and New York, Savannah, Jacksonville and Norfolk in the US, before returning eastbound with stops at Halifax; Jebel Ali, UAE,and Singapore.

The Port of Colombo, with the combined throughput of 6.2 million TEUs in 2017, has risen to a ranking of 23rd worldwide and is a major transhipment port for India, Bangladesh and domestic cargoes, as well as for cargoes in transit from Southeast Asian ports to Europe and North America. Transhipment represents 75% of Colombo’s overall container handling traffic.