After a month of recovery and rehabilitation on Oahu, Ditton returned to sea, accompanying her boat on its return trip to San Diego, California aboard Pasha Hawaii’s M/V Jean Anne. For Ditton, this return voyage will bring her full circle, allowing her to reflect on her journey and what she called “the greatest psychological challenge of my life” which included capsizing twice and navigating her way off the Continental Shelf and Ka’iwi Channel. Last month’s historic row served as training for Ditton’s next voyage – a 5,000-mile solo row from Japan to San Francisco in spring 2022, with the goal of being the first person to row solo, land to land. 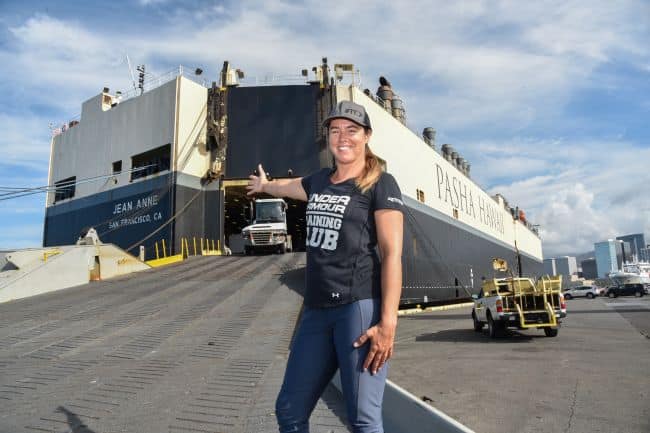 Lia said: “I am thrilled to be able to travel back to California on the M/V Jean Anne. I capsized twice during my row to Hawaii and after my second capsize my team discussed with the US Coastguard the possibility of me abandoning my vessel and stepping onto a passing ship. Having never been on a cargo ship, I had some fears about what this experience might entail. I am grateful to Pasha Hawaii for giving me the opportunity to create some good memories of being on a commercial ship.”

“It’s been an honor supporting Lia on her historic journey,” said George Pasha, IV, President and CEO, Pasha Hawaii. “Her story is one of courage and resilience, serving as an inspiration to all of us and proving that anything is possible if you commit to doing what it takes to achieve your dreams. Lia serves as a great role model and her record-breaking success is a much-welcomed story, especially during these unprecedented times.” 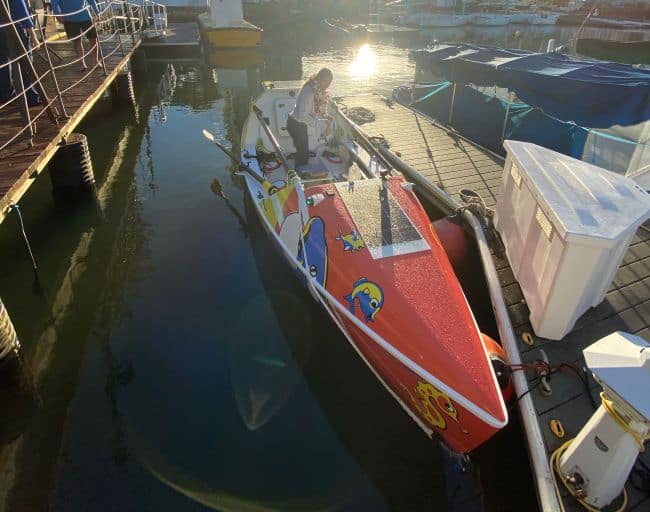 Ditton will provide real-time blogs with images from M/V Jean Anne, sharing her thoughts and experiences as she did during her historic voyage to Hawaii. Her seven-day sail aboard the Jean Anne departed from Honolulu Harbor this morning and will include short stops at Kahului Harbor on Maui and Nawiliwili Harbor on Kauai, before continuing on to San Diego, where she will arrive in National City on October 20, 2020. 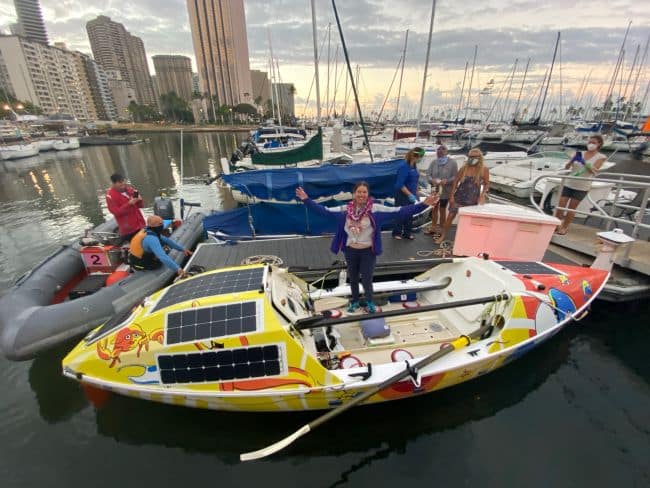