The U.S. Coast Guard’s assistant commandant for prevention policy, Rear Adm. Paul Thomas, recently spoke on a panel at the 16th Annual TPM Conference in Long Beach, California. The panel discussed the amendments to SOLAS Regulations that address the gross mass of containers. The conference was widely attended by leading representatives throughout the U.S. supply chain.

From the desk of Rear Adm. Paul Thomas.

Yesterday, I was honored to participate on a panel with many distinguished professionals. The topic was the upcoming SOLAS amendments regarding container weight requirements. The event provided a terrific opportunity to continue the ongoing dialogue about the important issue. In the course of the discussion, it became clear that many impacted stakeholders, particularly in the exporter community, are not familiar with SOLAS and how it applies. Similarly, in the wake of the panel, some media reports were factually correct, but lacked the background information needed to provide the context for complete understanding of this complicated issue.

In this post, I present FAQs to provide context and foster greater understanding… 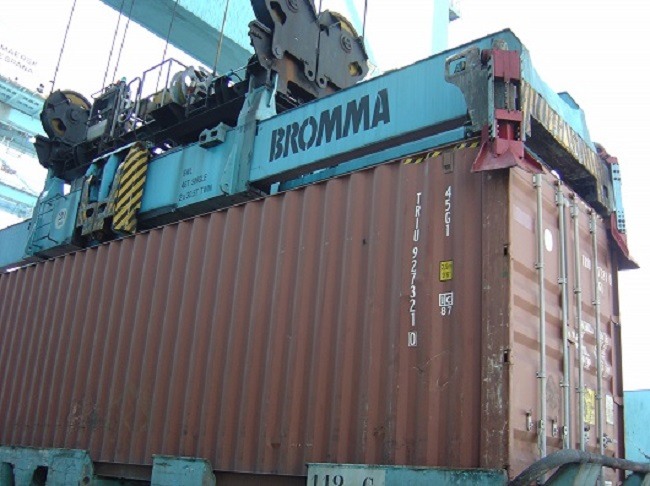 2. What is the U.S. Coast Guard’s responsibility under SOLAS?

Congress mandates that the U.S. Coast Guard (USCG) is the U.S. flag state authority for international maritime treaties. As such, the USCG is responsible to ensure that U.S.-flagged ships comply with SOLAS when engaged in international voyages. We do this by conducting reviews, technical assessments and inspections throughout the life cycle of the ship. We also issue certificates to show proof of compliance.

The International Maritime Organization (IMO) is a specialized agency of the United Nations that develops and maintains a governing framework for international shipping, including SOLAS and other international conventions and codes dealing with the design, construction and operations of ships. The IMO has 171 member nations and three associate members. Sixty-five intergovernmental organizations (IGOs) and 77 nongovernmental organizations (NGOs) have been granted observer status. The IMO conducts its work through five committees and seven sub-committees staffed by delegations of the member states, associate members, IGOs and NGOs.

In most cases, the USCG leads the U.S. delegation to the IMO committee and sub-committee sessions. The specific composition of the U.S. delegations will vary based on the agenda items undertaken at each session, but the delegations always include representatives of the U.S. interagency. They also often include representatives of U.S. industry associations, individual companies and the American Bureau of Shipping. The USCG holds public meetings prior to each session of IMO. We publish public notices in the Federal Register prior to all meetings, which include the proposed IMO agenda and the U.S. position on each agenda item. These notices also invite members of the public to provide input to help shape the U.S. position.

5. How do SOLAS requirements apply to U.S. domestic shippers?

In the case of the SOLAS Regulation VI-2 amendments regarding container weight, some carriers have determined they need to change their operational or business practices to meet the requirements of their flag states (foreign and domestic). As such, domestic shippers may be called upon to change their business practices with these international partners in the global supply chain. This is a business-to-business requirement. For the U.S., the USCG believes that carriers currently comply with SOLAS, and are therefore not requiring domestic shippers to make changes in existing practices.

6. How will the USCG enforce the SOLAS VI-2 amendments?

As the flag state authority, the USCG ensures compliance with SOLAS Reg. VI-2 aboard U.S. flag ships via domestic regulations. These existing regulations address ship strength, stability and other issues that ensure safe operation. There is also operational guidance provided to the ship’s master, as required by the company’s safety management system. This will not change when the amendments come into effect. U.S. flag ships are and will remain in compliance.

As a port state authority, the USCG will continue to ensure SOLAS compliance aboard foreign-flagged ships via port state control examinations. They will not change with the implementation of the July 1 amendments.

The USCG regularly conducts inspections of containers offered for both export and import. Our inspections are mainly focused mostly on the safe transportation of hazardous materials. They are conducted under statutory authority granted by Congress and in accordance with regulations promulgated in the Code of Federal Regulations. These regulations do not include the SOLAS requirements, and our container inspections under U.S. authority will not change as a result of the amendments.

7. How can the USCG help domestic shippers and carriers to continue complying with SOLAS?

The USCG will continue working with shippers and carriers to ensure their long-standing compliance with SOLAS regulations. These FAQs intend to help all stakeholders better understand SOLAS and amendments to its regulations. The USCG encourages business partners who export U.S. goods to modify existing business practices, if required, so that ships carrying U.S. exports can continue to comply with SOLAS requirements. We do not intend to issue policy guidance to industry on the implementation of the amendments, unless there is a demonstrated need to ensure SOLAS compliance. As explained, no policy guidance has been needed by U.S.-flagged ship operators.

The IMO published MSC.1/Circ 1475, titled “Guidelines Regarding The Verified Gross Mass Of A Containers Carrying Cargo”. It provides additional clarification to Regulation VI-2 (as amended) and describes some compliance strategies. These non-mandatory guidelines have formed the basis of whitepapers and other publications issued by carriers to help their shippers prepare for the amendments. It is important to note that these guidelines are not mandatory under SOLAS, and carriers are not required to meet non-mandatory SOLAS guidelines. The regulation itself provides great flexibility in how compliance can be achieve by carriers who are working with their business partners. There is no “one-size-fits-all” requirement.

8. What is the impact of SOLAS requirements on Jones Act shipping?

9. I heard that the IMO Guidelines are not mandatory? Is that true?

Continue the discussion here or on Twitter using #containerweight

Background: Beginning July 1, 2016, all packed shipping containers must be accompanied by a shipping document that lists the verified gross mass of a container before it can be loaded onto ships operated by flag states that are party to SOLAS. The document must be signed either electronically or in hard copy and can be part of the shipping instructions to the shipping company or a separate communication.

The mandate, from the International Maritime Organization under the SOLAS convention, comes after misdeclared weights contributed to maritime incidents, such as the breakup and subsequent beaching of cargo vessels.

This blog is not a replacement or substitute for the formal posting of regulations and updates or existing processes for receiving formal feedback of the same. Links provided on this blog will direct the reader to official source documents, such as the Federal Register, Homeport and the Code of Federal Regulations. These documents remain the official source for regulatory information published by the Coast Guard.