“This terminal is an addition to our existing LNG sources. Having several LNG sources supports our customers and us with additional security of supply and it increases our opportunities,” says Kimmo Rahkamo, CEO of Skangas. “In addition, a future possible supply alternative from the northern part of Norway could make it easier to open up for new deliveries along the entire coast of Norway”. 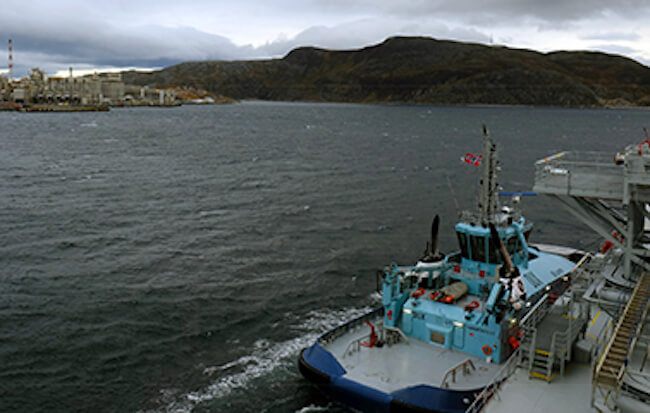 The operation was conducted on the large-scale jetty at Melkøya LNG plant. The jetty is constructed for conventional sized LNG vessels. As a comparison Skangas’ vessel Coral Energy is a small to medium scale LNG carrier with a capacity of 15 600 m3. In the Nordics her main task is to serve Skangas’ customers and terminals with LNG.

The LNG from Melkøya was delivered to Skangas’ terminal in Lysekil, Sweden where Skangas has a LNG terminal serving one of their major customers.

It is the gas from the Snøhvit field that arrives at Melkøya terminal where it is converted into LNG. Conversion to LNG makes it possible to transport gas by purpose-built vessels and therefore industries can use gas as energy although they are not connected to a gas grid.