A product tanker Stolt Apal was attacked by pirates about 75nm off Yemen.

The ship was underway in the Gulf of Aden, when the armed guards aboard Stolt Apal and pirates were engaged in firing.

According to Stolt-Nielsen, “The vessel was approached by two skiffs with six armed pirates. After multiple warning shots were fired by the armed guard team aboard Stolt Apal, the skiffs opened fire on the ship. The armed guard team returned fire, disabling one skiff and ending the pursuit.” 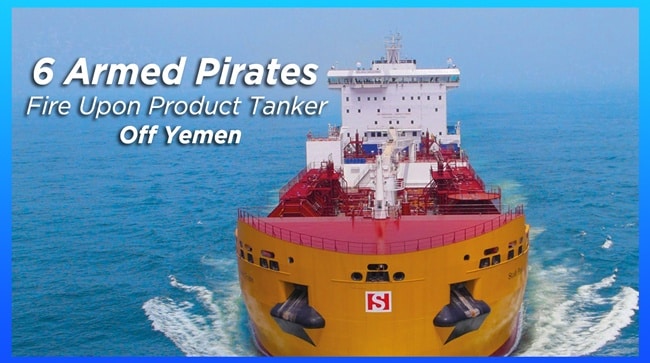 The bridge area of the vessel was damaged in the exchange of fire, however, there was no injury to anyone on board ship.

Also, there was no pollution and no cargo impacted on Stolt Apal. A coalition warship responded to the incident and Stolt Apal has resumed its voyage.

According to security consultant Dryad Global, this is the 9th incident reported in the Gulf of Aden for far this year.