Chelsea Technologies Group (CTG), a world leader in the design and manufacture of sensors for the maritime sector, has announced that independent benchmark testing on behalf of the Chinese government has identified the Single Turnover One Pulse (STOP) method used by the company’s FastBallast sensor as the most accurate methodology for portable ballast water sampling.

Rigorous benchmark testing compared FastBallast-generated cell densities with microscopy-based cell counts using the FDA/CMFDA staining method and included algal species from freshwater, brackish and seawater environments. In reference to the IMO D2 standard, cells ranged between 10 to 50 µm in the smallest dimension (equating to two orders of magnitude in the fluorescence generated per cell), and incorporated mixed communities, varying turbidity and varying baseline fluorescence from dead cells, so as to incorporate the complete range of ballast water characteristics. 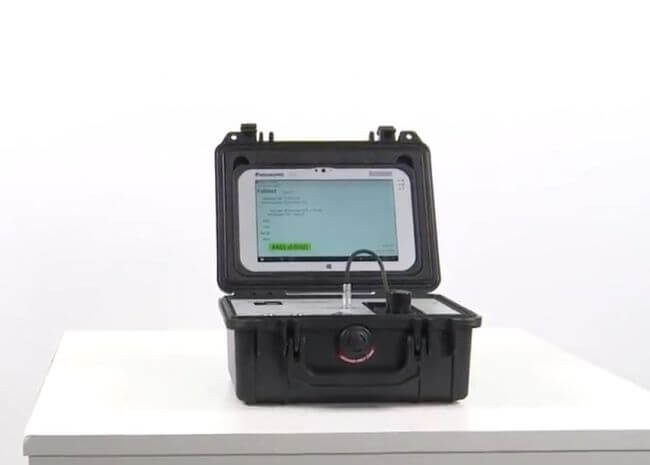 FastBallast was found to provide a correct assessment of ballast water compliance with a 99% accuracy rate, with turbidity and high baseline fluorescence having a negligible impact on the reported cell density. FastBallast employs a unique interrogation method which operates independently of variable fluorescence per cell. It is the only technology capable of operating in a flow-through mode while providing a high degree of accuracy with a representative report on discharge compliance.

Dr Brian Phillips, Managing Director, Chelsea Technologies, commented: “Ballast water treatment systems are a significant investment for shipowners and operators who are already facing increasingly stringent environmental regulations in a challenging commercial environment. It is essential that compliance can be accurately assessed by both shipowners and port authorities, providing assurance that the BWTS is operating correctly.

“Accurate portable ballast monitoring eliminates the risk of any ambiguity over testing results, protecting shipowners from potentially significant fines, delays in port, and the reputational damage that would result from non-compliance.”

Recently Saudi Aramco’s in-house marine biology experts also identified FastBallast as the most accurate solution in the market for the sampling and testing of ballast water, and it is being used to conduct spot checks undertaken by third-party sampling companies.
Since August 2017 Saudi Arabia has been conducting ballast water monitoring on vessels and undertaking spot checks to ensure compliance. Sampling data were obtained from more than 500 vessels by Global Strategic Alliance (GSA) using CTG’s FastBallast monitoring system, with a pass rate of 90% reported for vessels using the D2 standard.

As well as its extensive experience in Saudi Arabia, CTG is in discussion with leading port authorities worldwide, and work is underway with regulators and third-party protocol testing institutions to help drive industry change and ultimately to agree and publish robust, portable ballast water testing standards. The company is working towards the agreement of such a trusted and workable international guideline and one that is based on a proven methodology for representative sampling.