Singapore-based Chinpo Shipping Company (Private) Ltd was fined S$180,000 ($125,698) on Friday for facilitating a shipment of arms to North Korea in violation of U.N. sanctions.

The Singapore District Court had found Chinpo guilty in December of transferring financial assets or resources that could have been used to contribute to North Korea’s nuclear and missile weapon programmes. It also found Chinpo guilty of carrying out a remittance business without a license between 2009 and 2013.

Chinpo Shipping was named in a March 2014 U.N. report as helping to arrange the shipment of Cuban fighter jets and missile parts bound for North Korea, when they were seized in Panama in 2013. 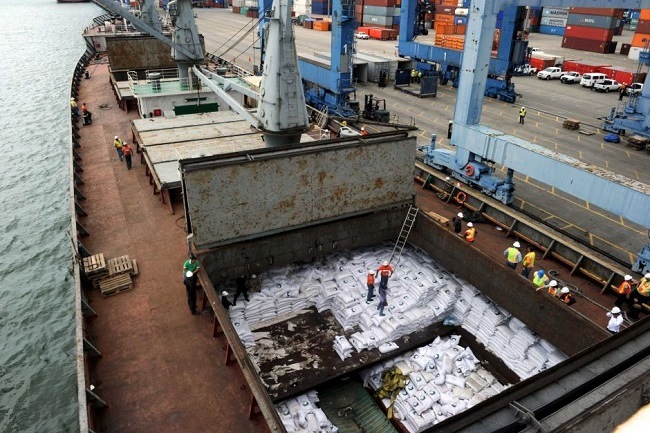 It was the largest amount of arms and related materiel interdicted to or from North Korea since the U.N. first began imposing economic and commercial sanctions on North Korea in 2006, according to the Singapore District Court. It is also the first time that a law under the U.N. has been invoked in Singapore, the court said.

“Singapore is a responsible member of the international community,” District Court Judge Jasvender Kaur said. “The company had no due diligence and such irresponsible conduct must be deterred”, she said.

Edmond Pereira, a lawyer representing Chinpo Shipping told Reuters the sentencing was too harsh because the company was unaware of the value of the weapons.

“I think that the fines were on the high side because they didn’t know how much the weapons were worth,” he said. “They were not nuclear weapons and they seemed so old, like antiques that belonged in a museum.”

The 2014 U.N. report said North Korean embassies in Cuba and Singapore were suspected of organizing the shipment of Cuban fighter jets and missile parts.

Panama seized the Chong Chon Gang ship for smuggling Soviet-era arms, including two MiG-21 jet fighters, under thousands of tons of sugar. After the discovery, Cuba acknowledged it was sending “obsolete” Soviet-era weapons to be repaired in North Korea and returned to Cuba.

Documents seized along with the equipment, addressed to the ship’s captain, offered detailed instructions on how to load and conceal the illegal weapons shipment and make a false declaration to customs officers in Panama.

“Load the containers first and load the 10,000 tons of sugar (at the next port) over them so that the containers cannot be seen,” said the document, translated from Korean.

The U.N. report said Chinpo Shipping was “co-located” with the North Korean embassy in Singapore. It acted as the agent for a Pyongyang-based company that operated the vessel, and North Korean diplomatic personnel in Cuba arranged the shipping of the concealed cargo, the report said.

A North Korean embassy official in Singapore previously denied his mission had engaged in any wrongdoing.