A Singapore company has accepted and paid a NOK 7 million fine for violation of the Pollution Control Act and the General Civil Penal Code as a consequence of an attempt to illegally export the Harrier for scrapping.

In 2017, an attempt was made to illegally export the Harrier, previously named the Tide Carrier, from Høylandsbygd in Norway in order to scrap the ship on a beach in Gadani, Pakistan.

The illegal export was revealed when the ship suffered an engine failure and started to drift outside Jæren in Rogaland. Inspectors from the Norwegian Maritime Authority (NMA) detained the ship due to its condition. 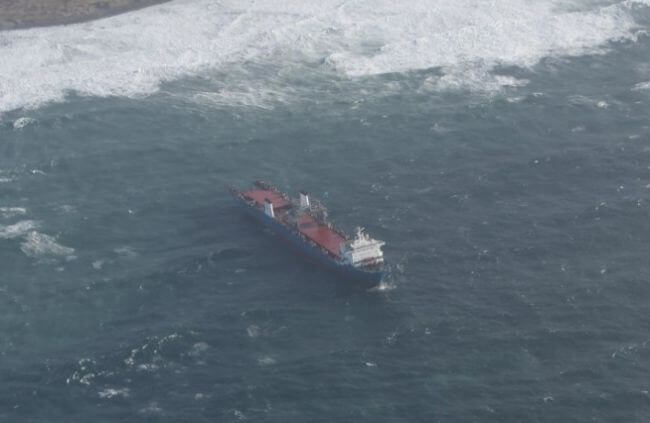 Moreover, an invalid certificate of nationality from the Comoros was presented along with false class certificates from the Union Marine Class Society.

The company deliberately deceived Norwegian authorities by presenting false documentation proving that the vessel complied with all requirements of the international conventions included in the Regulations on Port State Control. We take this very seriously and are pleased that the prosecuting authorities have given such a distinct response, says Kjetil Sørensen, Senior Adviser at the NMA.

The fine also sends a clear message to the industry to take problems related to illegal scrapping seriously.

As the Harrier started to drift outside the beaches of Jæren, the Norwegian authorities would not allow the ship to leave Norway without permission. As a result, the chief financial officer at Wirana Shipping Corporation made a fictious agreement stating that the ship would be put in operational use outside Africa, referring to two statements from third parties supporting the Africa agreement. This was not correct, as the ship was being exported for scrapping.

The fine comprises two cases of false statements to the public authorities, as these documents were presented to the Ministry of Climate and Environment.

Furthermore, the fine includes a violation of the Pollution Control Act based on the risk of pollution caused by the voyage, e.g. because necessary maintenance of the engine was performed when the ship was anchored at Feistein outside Klepp with no tugboat on stand-by.

The ship had been laid up for ten years prior to the voyage. According to the Norwegian Coastal Administration, there was an imminent risk of acute pollution as the ship started to drift. As stated in the fine, there were 1500 cubic metres of oily liquids in the tanks of the ship, waste attempted to be exported illegally from Norway. An oil spillage outside the beaches of Jæren would have an extremely harmful effect on flora and fauna in the area. The associated clean-up costs could have been quite substantial.

The fine has already been paid, as Wirana Shipping Corporation had provided security in case of termination of encumbrance, pursuant to a decision made by Oslo District Court before the ship left Norway in July 2018.

IMO: 2020 – Building On Year Of Action To Empower Women In Maritime Community

Global Shipping Fleet To Sound Horns On Labour Day To Raise Alarm Over Need For Urgent Crew Change
Want to share your tips and advice? Got questions? Visit the community forum to ask questions, get answers, meet people, and share your tips!