A container ship that had been sailing toward Singapore caught fire on Friday, the Sri Lankan Navy said, a week after another container vessel carrying tonnes of harmful chemicals sank near the port of Colombo nearly a month after it had caught fire.

Indika de Silva, the Navy spokesperson, said that on June 22, the Liberian-flagged MSC Messina had departed from the port of Colombo, heading for Singapore. It had caught fire outside the international maritime borders of the island.

The Navy had been alerted to the ship’s fire during the early hours on Friday. As the vessel remained within Sri Lanka’s rescue and search limits, they had been obliged to respond. 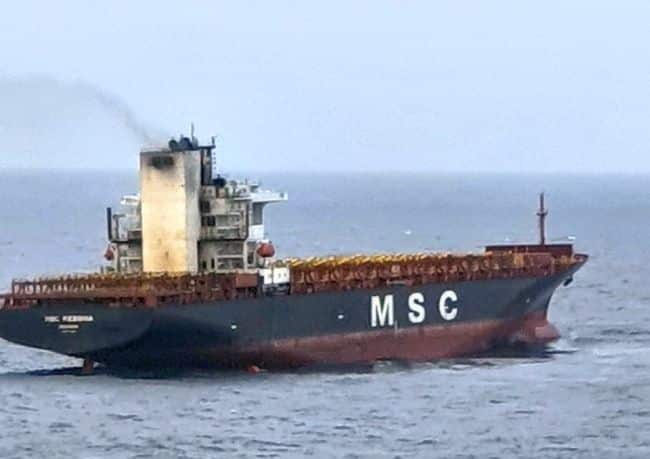 The fire had been reported from the vessel’s engine compartment currently located about 483 nautical miles from Kirinda, the southernmost tip of the island.

A merchant vessel that had been in close proximity had been alerted to assist. It was unlikely that the Sri Lankan Navy would be asked to launch rescue missions at this point, the spokesperson said.

This is the second cargo ship to catch fire in the Sri Lankan seas. The fire on Singapore-flagged ‘X-Press Pearl’ vessel has resulted in the country’s worst environmental disaster. 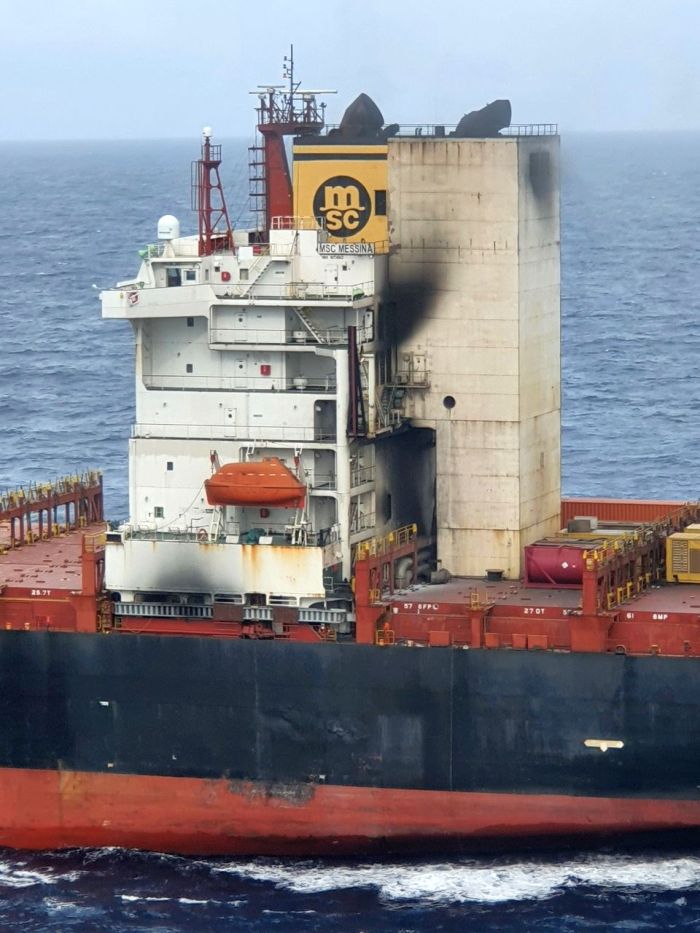 X-Press Pearl was transporting 1,486 containers of harmful chemicals when it caught fire. The Indian Coast Guard, Sri Lankan Navy, and the country’s Air Force collaborated and doused the fire in an operation that took up to several days. On June 17, the cargo sank off Sri Lanka’s coast.

More than 60 dead turtles and other marine creatures, including dolphins and a blue whale, have been killed due to the disaster. The carcasses have washed ashore along the famed beaches of Sri Lanka.

Tags: Fire on board MSC