Collisions at sea have always been a major risk for seafarers and while the exact numbers of incidents that take place across the globe each year are hard to quantify, the number is significant. The Marine Accident Investigation Branch (MAIB) reports on average six collisions between merchant vessels in British waters every year and for every collision reported to the appropriate authorities there will be many more near-misses that go unreported.

Paul Morter, Business Line Manager at BMT ARGOSS discusses how simulation can be used as both an effective training aid to prevent collisions and a powerful diagnostic tool to help improve the forensic examination of casualties.

Despite widespread adoption of the International Regulations for Preventing Collisions at Sea 1972 (Colregs), the implementation of vessel traffic services (VTS) and traffic separation schemes in busy seaways major collisions still take place. There is no excuse for this in an age of highly sophisticated electronic navigational aids. Whether the cause is poor lookout, poor decision making or poor manning levels, serious collisions have multiple effects. Too often crew or passengers are injured, or there is tragic loss of life. The cargo carried on board may become damaged, often causing serious disruption to commercial relations between seller and buyer, which can be more damaging than the pure material loss. If oil or other harmful substances are accidentally spilled, the environment may become seriously affected, harming not only the aquatic fauna and flora, but too often also the coastline, affecting those who earn their living from the sea or the coast. Expensive clean-up operations may follow as well as disputes with aggrieved third-parties. Finally, the ship-owner or charterer and the relevant H&M insurers can be seriously affected by a collision. Huge financial losses may result not only from the cost of possible salvage and repairs, but also from the loss of time. 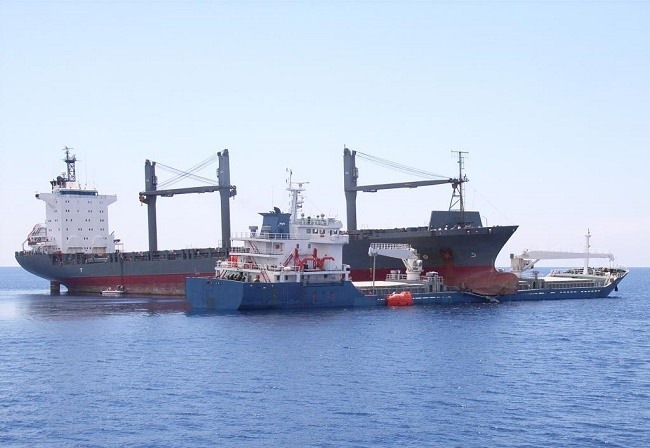 The old saying goes that there are two sides to every story, and in marine casualty investigation that’s never truer. In a situation where there has been a collision far from land, the only witnesses will be the crew-members on watch at the time of the incident, and their accounts of the event will often be contradictory. While physical evidence such as the type and extent of damage sustained by either ship can help investigators form a conclusion, the final verdict is more likely to be formed from the balance of probabilities rather than specific hard evidence.

In order to address this issue by utilising all the available data relating to the incident, BMT ARGOSS and BMT Surveys, subsidiaries of BMT Group Ltd, the leading international design, engineering and risk management consultancy, have partnered to use the REMBRANDT ship manoeuvring simulator as part of the maritime casualty investigation process. Operating directly from S57 ENC chart data, REMBRANDT is a highly accurate, capable and flexible alternative to Full Mission Bridge (FMB) marine simulators, allowing the user to load the parameters of any port. REMBRANDT utilises high fidelity ship models that include over 750 parameters, ensuring that the user experiences identical ship to ship interaction, ship to bank interaction, squat and shallow water effects as the real ship would in the same conditions. Simulations can be replayed in video format with track plots and data information printed or saved electronically, providing an opportunity to analyse the trainees’ performance.

REMBRANDT has enhanced tidal current and wind settings to accommodate the unique features of a given port or shipping lane. It can also provide Client Server, a multi-user mode which enables multiple vessels to operate in a single operational scenario; each with independent human control, making it a powerful and effective training tool. BMT has deployed REMBRANDT worldwide in over 125 projects working with an international client base of cruise, ferry, LNG, tanker, container and bulk carrier operators and port authorities.

Utilising REMBRANDT, the newly formed Collison Reconstruction and Simulation Team will be able to accurately reconstruct specific incidents involving collisions in order to identify the root cause and any lessons that can be learned. BMT’s team, which includes experienced master mariners, chief engineers, navigation and hydrodynamic modellers and weather experts, has the essential skills, depth of maritime knowledge and crucial technology to reconstruct incidents using a visual format and readily understandable process.

The simulation uses the actual shipboard Voyage Data Recorder (VDR) data, radar images and regional AIS information combined with high fidelity ship models, which can be re-modelled to required parameters, to produce meaningful three-dimensional simulations. Voice, radar and position data sets are automatically synchronised, together with environmental data and navigational circumstances, to present a complete and seamless reconstruction of events for in-depth analysis. Once an accurate simulation of events has been established, it can be viewed from multiple angles in order to consider the incident from each crews’ perspective. Control inputs to each vessel can also be calculated to assess at what point changes of course or speed took place.

Combining the highly accurate simulation with the skilful analysis of marine experts, failings can be identified to create an unbiased appraisal of how and why an incident has occurred. The resulting incident reconstruction can be used to identify what happened not only for litigation purposes, but to help improve maritime safety. Once the root cause is determined the first steps towards future prevention can be implemented. This knowledge and also the liaison with the client can produce a range of “what if” scenarios that can be thoroughly investigated and evaluated to produce specific training needs, valuable lessons and operational policies and procedures.

The technology can also be used as part of a ship operators QA procedures whereby random downloads of VDR data are input to REMBRANDT for shore based review for compliance with company ISM navigation policy. The recreated visuals can then be used for deck officer training.

These results can be implemented to create a cost effective and safe approach to assist in the prevention of marine collisions and casualties. This can help lead to the development of safety and promote pollution prevention which ultimately can support the industry from within. 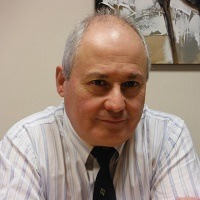 Paul MorterPaul is a Master Mariner who leads the ship manoeuvring simulation team at BMT ARGOSS. Following a 15 year career at sea he has worked ashore in operational and safety related roles and has written safety management systems for shipping companies during the initial introduction of the ISM Code. Paul’s business development role at BMT ARGOSS includes expanding the scope and capabilities of its ship manoeuvring and navigation risk assessment simulator REMBRANDT.