You are here: Home › Shipping News › How Do Ships Avoid Hurricanes?
TwitterFacebookLinkedInPinterestBuffer

Hurricane Irma, much like its predecessor Hurricane Harvey, has sent shipping into disarray, particularly for cruise passengers. Around 40,000 holidaymakers are estimated to have been affected by disruption to scheduled cruises this week and this figure could rise further as Irma speeds through the Caribbean towards southern Florida.

The hurricane has already devastated areas of the British Virgin Islands, St Martin, Barbuda, St Barthelemy and Anguilla. AIS data shows 12 cruise ships are currently still in Irma’s path, but the good news is that the passengers onboard have a good chance of remaining safe. 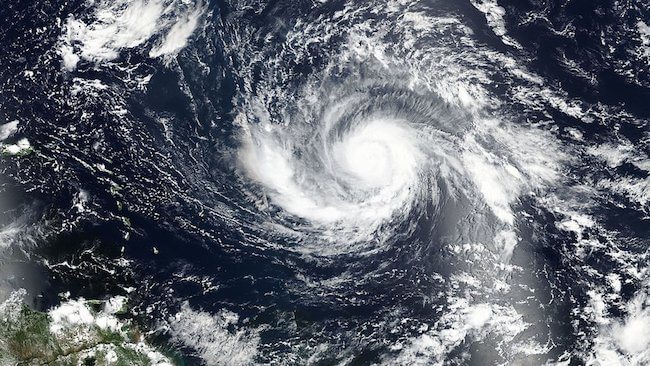 “There is no cause for concern – modern cruise vessels are designed to be able to cope with such extreme weather,” says Tom Strang, senior vice-president, maritime affairs at Carnival Corporation & plc. “We will always try to ensure that our guests comfort is ensured and will try to avoid the worst affected areas.”

If you’re up against a hurricane then it pays to know your enemy. Many ships have already been diverted from Irma’s path thanks to intelligence from weather routing guidance, which is helping vessels find calmer seas.

“Our fleet operations centres are ready to support and provide weather routing for our vessels,” says Carnival’s Tom Strang. “We have contracted-in weather service providers, who have sophisticated weather prediction software and models that allow us to suggest best options to avoid the worst weather to our vessels’ masters.”

Carnival is among the major cruise lines that have already begun diverting vessels out of Irma’s path. A total of 11 sailings have been rerouted, many of which are being brought back into port in Florida earlier than scheduled. Another four services have been cancelled altogether. Royal Caribbean has said it is assessing whether five more of its services could be affected by Irma and should be diverted, including three of the world’s largest cruise ships. Other operators will surely be doing the same.

Operators that are able to re-route vessels out of a storm’s path will do so, but this can have massive cost implications. The average cruise ship uses around 250 tonnes of fuel per day. A day’s sailing at average speed costs around $80,000 at today’s prices. Any significant deviation can therefore hit operators squarely in the wallet.

Shell uses a sophisticated system to monitor the efficiency of its vessels remotely, as do most operators of large fleets. The system also monitors weather systems, which allows shore-based staff to advise a ship’s master to reroute a vessel before it reaches the affected area. Not only does this decrease risk to the ship and its crew, it can also help reduce fuel consumption. Sailing in strong winds and rough conditions burns more fuel, so diverting into calmer waters not only keeps a vessel safe but can improve a ship’s environmental performance too.

When ships are caught too close to a storm for comfort, the know-how of experienced mariners is indispensable. A canny captain will navigate his vessel to the “low side” of the storm, usually the side anti-clockwise from its leading edge, where wind speeds will be lower and waves will be shallower.

They may say “any port in a storm” but actually being at sea can be a safer option for vessels caught in extreme weather, as it eliminates the risk of vessels being pushed up against the quay. The US Coast Guard (USCG) has advised all ocean-going commercial vessels to make plans to leave ports in south Florida at least 24 hours before the onset of gale-force winds from Irma. Winds have already reached this level in Puerto Rico and the US Virgin Islands, prompting the USCG to prohibit all vessel movements and ship-to-shore operations until further notice.

“Mariners are reminded there are no safe havens in these facilities, and ports are safest when the inventory of vessels is at a minimum,” the USCG states in its circulars.

While weathering a storm at sea, a master can ensure the safety of his vessel by making sure it maintains a safe distance from structures with which it may collide or the coastline, upon which it may be wrecked.

The master also needs to give the vessel “steering-way” – that is, the vessel must keep moving forward with enough power to steer, which overrides the forces that wind and waves have upon the vessel. The ship’s bow must be kept pointing into the waves so that the vessel can plough through them safely, which helps prevent waves from striking the ship on its sides.

The heavier the vessel the better during a hurricane – the most dangerous ship is an empty one. The weight of cargo helps stabilise the ship against the waves. Ballast water alone is not always enough to counteract the ocean’s force upon the ship.

Nevertheless, ships will roll (tilt from side to side) even when laden, which can be hard on the crew. Many large vessels are, however, equipped with anti-heeling systems or stabilisers, which compensate for the tilting angle of the ship and help right it.

Stabilisers, however, cannot do anything to prevent the vessel from rolling (rocking forwards and backwards). The structure of the hull can be compromised if the ship repeatedly slams during troughs between waves – even though hulls today are made of thick steel. That’s why being able to avoid extreme weather at the earliest opportunity and navigating to calmer waters is critical for ships and their crew.

Let’s hope the people of Florida and the Caribbean, both at sea and ashore, are able to find safety.

UK Chamber Of Shipping: Shipping Has A Role To Play In Defending Globalisation

UK Shipping Industry Takes Its Cause To Downing Street