The Commission has put forward a proposal to revise the EU system for monitoring, reporting and verifying CO2 emissions from maritime transport (the “EU MRV Regulation”) and bring it in line with new obligations under International Maritime Organisation (IMO) to monitor emissions from 2019 and report in 2020.

In the legislative report approved (62 votes to 3 and 13 abstentions) on Tuesday, the Environment, Public Health, and Food Safety Committee welcomes the proposal but wants to see more ambition and voted to include ships of 5000 gross tonnage and above in the EU Emissions Trading System (ETS). In addition, MEPs say that market-based emissions reduction policies are not enough, so they also introduced binding requirements for shipping companies to reduce their annual average CO2 emissions per transport work, for all their ships, by at least 40% by 2030.

Rapporteur Jutta Paulus (Greens/EFA) said: “Today, we are sending a strong signal in line with the European Green Deal and the climate emergency: Monitoring and reporting CO2 emissions is important, but statistics alone do not save a single gram of greenhouse gas! That’s why we are going further than the Commission proposal and demanding tougher measures to reduce emissions from maritime shipping”. 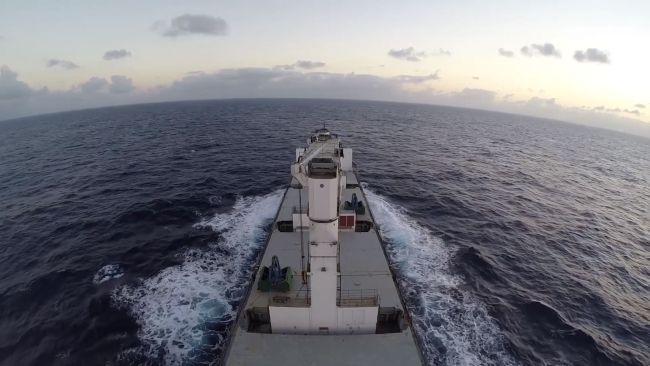 The committee calls for an “Ocean Fund” for the period from 2023 to 2030, financed by revenues from auctioning allowances under the ETS, to make ships more energy-efficient and to support investment in innovative technologies and infrastructure, such as alternative fuel and green ports, to decarbonize the maritime transport sector. 20% of the revenues under the Fund shall be used to contribute to protecting, restoring, and efficiently managing marine ecosystems impacted by global warming.

MEPs agree that it is important to align the EU and International Maritime Organisation (IMO) reporting obligations, as proposed by the Commission. However, they believe there is insufficient progress in the IMO and ask the Commission to examine the overall environmental integrity of the measures decided upon by the IMO, including the targets under the Paris Agreement. A global ambitious agreement on GHG emissions from shipping is urgently needed, they add.

When adopted by the Plenary, which should happen during 14 – 17 September session in Strasbourg, Parliament will be ready to start negotiations with member states on the final shape of the legislation.

COVID-19: 2020 Global Shipping CO2 Emissions Down By 1%
Navigator To Pioneer Decarbonization With Its First Carbon-Neutral Voyage