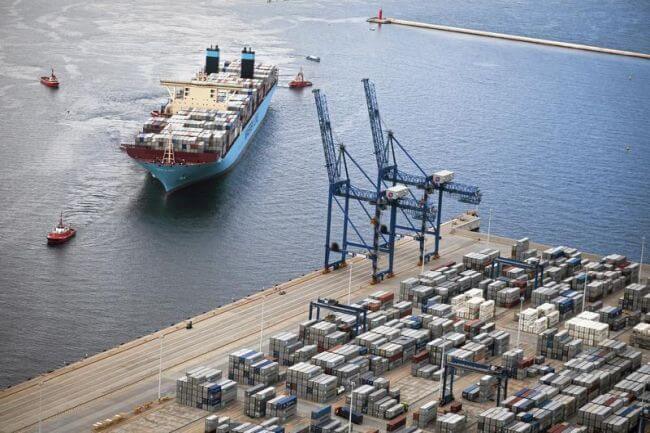 The 2019 shipping connectivity index has expanded country coverage and added a new component on countries that can be reached without transhipment.

UNCTAD’s liner shipping connectivity index (LSCI) for 2019 is out showing countries that have improved or worsened their positions in maritime transport networks.

China has retained its lead as the country best connected to others by sea, the index shows. The country’s LSCI has increased by 51% since 2006.

“A country’s position in the global container shipping network – its connectivity – is an important determinant of its trade costs and competitiveness,” said UNCTAD’s chief of trade logistics, Jan Hoffmann.

Five of the top 10 best-connected economies in 2019 are in Asia, with Singapore, Korea, Hong Kong (China), and Malaysia rounding out the top-five list, each with a score of more than 100, according to the index’s metrics.

At the other end of the table, small islands developing states (SIDS) have hardly seen any improvement, meaning trade in shipped goods remains problematic in those countries, with knock-on economic effects. 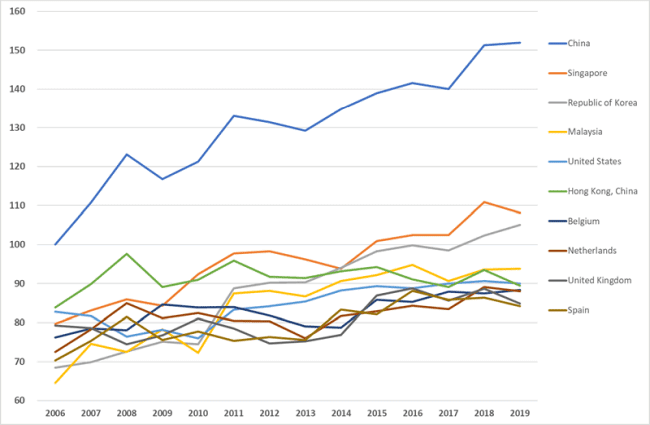 “We observe a ‘connectivity divide’ – a growing difference – between the best and worst connected countries,” Mr. Hoffmann said.

The LSCI covers 178 countries and shows maritime connectivity trends from 2006 to 2019. It is calculated from data on the world’s container ship deployment and released annually.

This year UNCTAD has expanded the time series in collaboration with MDS Transmodal to cover more countries, including several SIDS.

Countries with the highest LSCI increases over the last 10 years 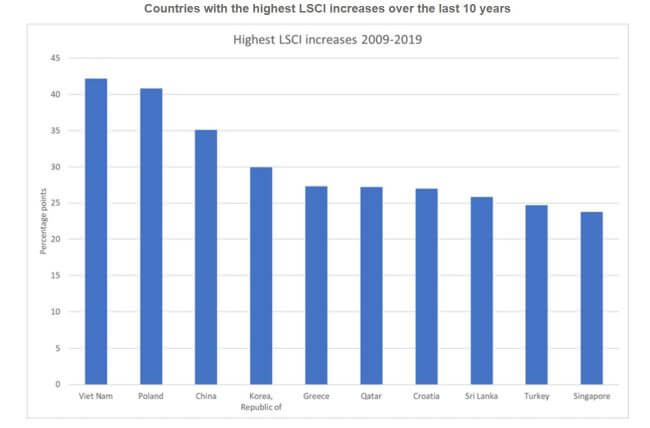 The 2019 index also includes a new component covering countries that can be reached without the need for transhipment.

Research shows that the absence of a direct connection is associated with a 42% lower value of bilateral exports.

On 10 August, UNCTAD will release a new port liner shipping connectivity index for more than 900 ports, as well as new statistics regarding port calls and time spent in ports.