U.S. shipping company has agreed to pay Hawaii more than $15 million to reimburse the state for the cost of cleanup and restoration following a massive molasses spill in Honolulu Harbor two years ago, officials said on Wednesday.

About 1,400 tons of brown, sticky liquid leaked into the harbor in September, 2013, from a faulty molasses-loading pipeline used to load it onto ships operated by Matson Navigation Company, an international ocean transport company.

The 223,000-gallon spill, which is roughly equivalent to one-third of an Olympic-sized swimming pool, suffocated thousands of fish, damaged the ecosystem and closed parts of the harbor for days.

It also spurred fears predators, like sharks could be drawn to the sweet liquid floating in the harbor, a short distance from Honolulu’s busy hotel and tourist area. 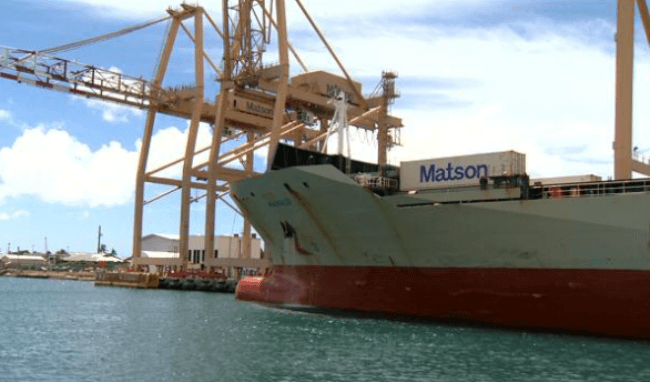 The $15.4 settlement will include the removal of remaining molasses tanks at Oahu’s Sand Island Terminal and will effectively end the company’s operations in Hawaii, the state’s governor and attorney general said in a statement.

“This is one of the largest settlements for an environmental violation in Hawaii’s history,” said Attorney General Douglas Chin. “The resources made available as part of this settlement will now begin to restore coral and fund programs to assist with restoring aquatic life.”

Nearly $6 million of the settlement package will go towards reimbursing the state for cleanup, investigation, legal expenses, regrowing a coral nursery and as a contribution to an upcoming global conservation conference, the statement said.

Most of the money, $9.5 million, will be used to remove the remaining molasses equipment and to convert the pipeline for uses other than conveying fluids, it said.

In October, Matson paid $600,000 in restitution to the U.S. Department of Justice to go toward awareness and coral and invasive algae cleanup programs.

“Environmental stewardship is a core value in our company, so this event was a blow to all of us at Matson,” Matt Cox, president and CEO, said in a statement. “We can’t take back what happened, but we’ve done our best to make it right.”

Matson is a leading U.S. carrier in the Pacific, and operates a fleet of 25 vessels.

BIMCO: Only International Action Will Stop Increase In Piracy