A pilot project to investigate the feasibility of recycling garbage from international ships has wrapped up at the Port of Brisbane. The Brisbane pilot was conducted by the Australian Maritime Safety Authority (AMSA), in partnership with the Department of Agriculture and Water Resources (Agriculture) and Port of Brisbane Pty Ltd (PBPL).

AMSA’s Manager of Environment Standards Matt Johnston says that it is important to provide options for ships to dispose of recyclables and garbage in Australian ports whilst continuing to ensure Australian industries, native wildlife, human health and the environment are protected.

“We want to make it easier for international ships to dispose of their garbage and recyclables in the right way, while ensuring biosecurity risks are managed, to help prevent illegal discharges of garbage into the sea, which presents a potential uncontrolled biosecurity risk, and reduce the amount of recyclables that end up in Australian landfill,” Mr Johnston said. 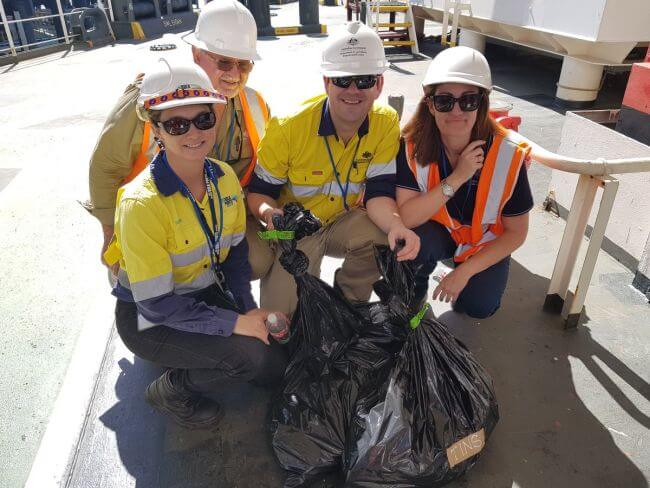 Ships’ crews currently separate recyclable garbage on board, but have limited opportunity to offload these materials at Australian ports for recycling. At the moment, any garbage that is separated on board is combined when offloaded in Australian ports and has to be incinerated, autoclaved (high temperature-pressure treatment) or deep-buried to meet Australia’s biosecurity requirements. While these treatments address any biosecurity risk, the opportunity for recycling is lost and creates a disincentive for ships to discharge garbage in Australian ports.

Ships were able to participate in the pilot program as part of their routine operations on arrival at port. The recyclables accepted during the pilot were glass, aluminium and steel cans and hard plastic containers. These materials were inspected by Agriculture’s biosecurity officers on board the ship and released from biosecurity control provided they were free from biosecurity risks, such as animal or plant material.

Clean recyclables inspected and released by biosecurity officers could then be disposed of free-of-charge during the pilot project.

Assistant Secretary of Compliance Controls at the Department of Agriculture and Water Resources, Dean Merrilees, said the program was a great joint initiative that would ensure biosecurity risks associated with international ships continue to be managed, while also improving recycling arrangements.

“Garbage brought to Australia on ships could be carrying a range of exotic pests and diseases that can impact on our industries, environment, plant, animal and human health, so it is important these risks continue to be managed,” Mr Merrilees said.

“Through this pilot program, recyclables that arrive on international ships will still need to undergo usual biosecurity clearance, but they will be able to be disposed of and recycled in the same way as any domestic or municipal recyclables. 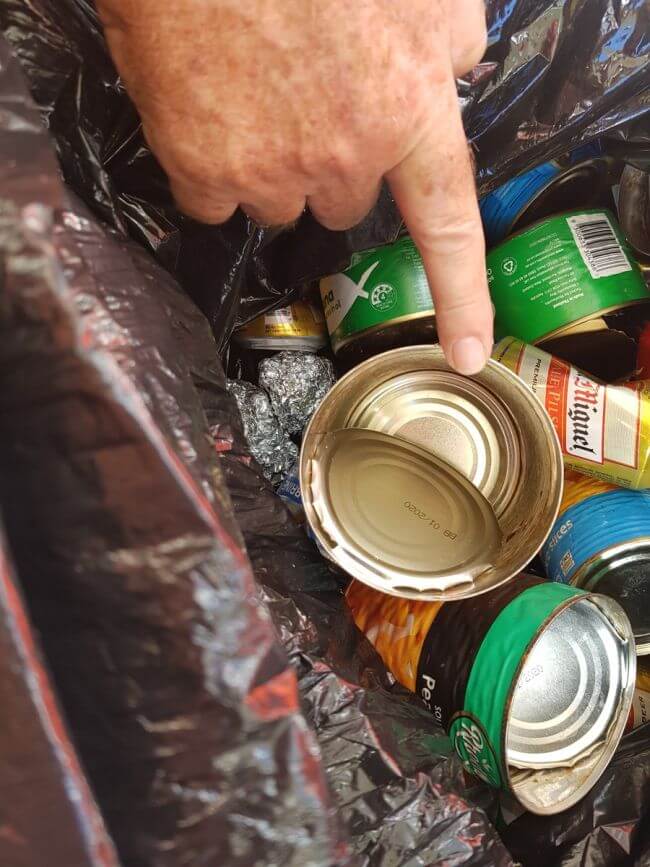 “This is a fantastic initiative that the department is proud to be part of, as it will allow us to divert more waste away from landfill, while still ensuring Australia maintains its enviable biosecurity status.”

The Port of Brisbane was one of two initial sites for the pilot to operate, with the port of Hay Point completing trials earlier this month.

PBPL Chief Executive Officer, Roy Cummins, said Port of Brisbane was pleased to support the initiative, which strongly aligns with the Port’s own long-standing commitment to environmental leadership and innovation.

“As custodians of Queensland’s largest multi-cargo port, our long-term environment strategy recognises the need to manage the Port’s operations and long-term growth in a sustainable manner for the community and the state more broadly,” said Mr Cummins.

“This recycling pilot is an important way that we can work collaboratively with government and industry to help lead the way in improving waste reduction at Australia’s ports.”

Now that the pilot program is complete, AMSA will look at the lessons learned and identify what opportunities and obstacles exist for recycling of ships garbage in Australian ports.