Philadelphia design firm Sharrow Engineering, LLC announced today that the company’s revolutionary propeller design has been awarded patents in the US, Japan, Canada, and European Union with further domestic and international patents pending. Additionally, the final phase of testing on its core propeller product has been completed. 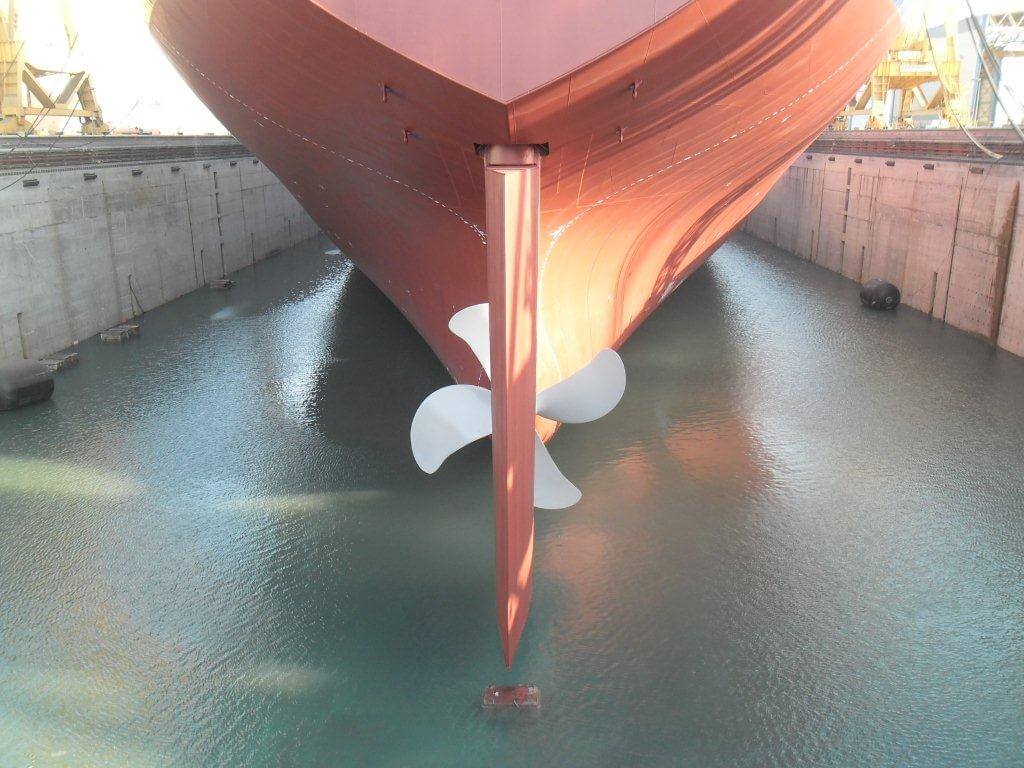 Over the past 6 years, Sharrow Engineering has analyzed extensive testing data collected at the University of Michigan’s Marine Hydrodynamics Laboratory and implemented a rigorous in-water test program using manned vessels in lakes, rivers, and bays. Results from this comprehensive research program demonstrate that the SHARROW PROPELLER™ is 9%-15% more efficient than the industry standard Wageningen B-series design. Industry experts have traditionally evaluated gains of 1 percent efficiency as meaningful. The Sharrow Propeller can be manufactured to meet a comparable price point to standard propellers.

“The ability to meaningfully reduce fuel costs is the holy grail for marine transportation companies,” said CEO Greg Sharrow. “One ship can burn millions upon millions of dollars worth of fuel every single year. So, we believe the gains in efficiency that our technology is demonstrating will truly shake this industry up as we get to market, especially as the 2020 sulfur regulations continue to edge closer.”

IIMO regulations to limit sulfur levels in shipping fuel oil are set to take effect on January 1, 2020. The new regulations will lower the allowable sulfur level in shipping fuel from 3.50 percent m/m (mass by mass) to 0.50% m/m. There already exists an even stricter limit of 0.10 percent m/m in emission control areas such as the Baltic Sea area, the North Sea, and much of the North American maritime area. Fuels costs are expected to rise by up to a quarter – or $24 billion globally – based on the new regulations.

“Stricter regulations on sulfur levels will add many millions more to the expense column for individual operators and billions to the industry’s overall fuel spend,” Sharrow added. “But we believe our product, with its price parity and unprecedented gains in efficiency, can be the critical difference between ships that burn more fuel and more cash in 2020, versus ships that find calm seas heading into 2020 and beyond.”

Sharrow’s propeller product provides a wider peak efficiency curve for greater utility over a wide scope of operational ranges, and a 17 percent reduction in torque while accelerating. Sixteen (16) unique U.S. and International patent applications have been filed with the USPTO and foreign countries to protect the intellectual property rights for the design of the SHARROW PROPELLER™. Patents have been awarded in the US, Japan, Canada, and EU – the rest of the patent applications are currently pending.

The Sharrow Propeller can be manufactured in all traditional propeller alloys and materials to match any size and blade number configuration and retrofit without any engineering challenges. The propeller is suitable for freighters, tankers, workboats and even recreational vessels.

“These new designs have been validated through 3rd party independent computational analysis, as well as laboratory model testing and through sea triad on specially instrumented test vessels,” Dannecker added.