The ATSB is urging crewmembers to adhere to procedures that are created to keep them safe after a serious incident on a bulk carrier ship left two men seriously injured. 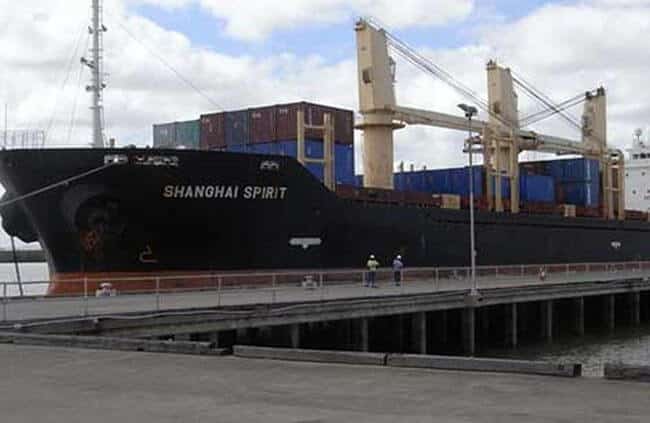 The ATSB has completed the investigation into how two crewmembers on board the bulk carrier Shanghai Spirit suffered serious injuries after a scaffolding tower fell.

This serious incident occurred on 29 January 2017, when the 140 m geared bulk carrier was anchored in Keppel Bay, about 15 nautical miles north-east of Port Alma Queensland. Deck crewmembers were using a mobile scaffold tower to conduct painting and routine touch-up work in the cargo holds. As the scaffold tower was moved with two unsecured crewmembers still on the upper tiers, it became unbalanced and toppled forward onto the deck.

On hitting the deck, the scaffold tower came apart and the two crewmembers were entangled in the components. Emergency services were notified of the incident, and a rescue helicopter was dispatched, making two trips out to the vessel to transport the men to the hospital. Both men had to remain in hospital for several days before they could be released.

ATSB Executive Director Transport Safety Nat Nagy said that this serious incident highlights the importance of adhering to procedures that assure safety, as well as the value of effective supervision.

We are especially concerned because this is not the first such occurrence that the ATSB has investigated.

“The investigation found that, contrary to established procedures, two crewmembers remained on an unsecured scaffold tower when it was moved across the floor of a cargo hold,” Mr Nagy said. “As a result, the top-heavy and unstable scaffold tower toppled and fell. The crewmembers themselves were unsecured, without the required safety harness and lines.”

“We are especially concerned because this is not the first such occurrence that the ATSB has investigated,” Mr Nagy said. “Similar occurrences in 2003 and 2009 also resulted in serious injuries and, in one instance, the death of a crew member.”

Owners, operators and crewmembers are reminded to plan and undertake risk assessments for assigned tasks in order to identify any shortcomings in procedures and required risk-mitigation measures.