Tuesday afternoon, the Maersk Honam reported a serious fire in one of its cargo holds. 23 crew members have been successfully evacuated and search and rescue operations are ongoing for four crew members currently reported missing.

Tuesday 6 March 2018 at 15:20 GMT, the Maersk liner vessel Maersk Honam reported a serious fire in a cargo hold. Enroute from Singapore towards Suez, the vessel is currently positioned around 900 nautical miles southeast of Salalah, Oman. After being unsuccessful in their firefighting efforts, the crew sent out a distress signal and a total of 23 crew members were safely evacuated to the nearby vessel ALS Ceres, which arrived at the scene around 18:30 GMT. Regrettably, four crew members remain missing. The fire onboard the Maersk Honam continues and the situation of the vessel is very critical. 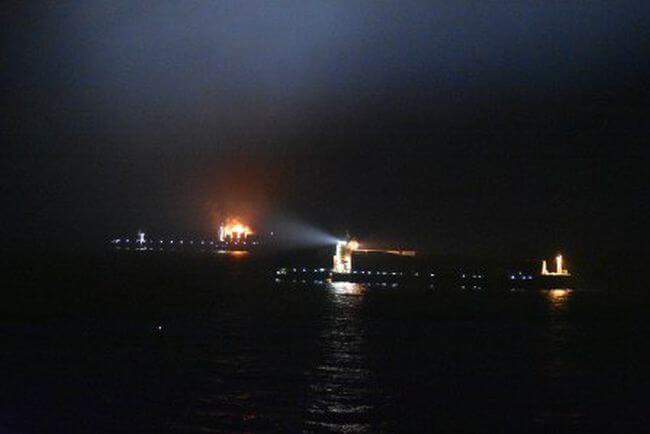 “We’ve received the news of Maersk Honam and the four missing crew members with the deepest regret and are now doing our outmost to continue the ongoing search and rescue operations. This by rerouting our own vessels, with assistance of vessels in the area – most notably ALS Ceres that thankfully acted promptly upon our distress call – and the local authorities,” says Søren Toft, Chief Operating Officer and Member of the Executive Board, A.P. Moller – Maersk.

The container vessels MSC Lauren, Edith Mærsk and Gerd Mærsk, all enroute in the Arabian Sea, have diverted their routes and are approaching the area with expected arrivals in the early morning Wednesday 7 March local time. Weather conditions in the area are currently fair. Maersk Line is in the process of informing the relatives of all crew members and acknowledge this is a very difficult time for them. 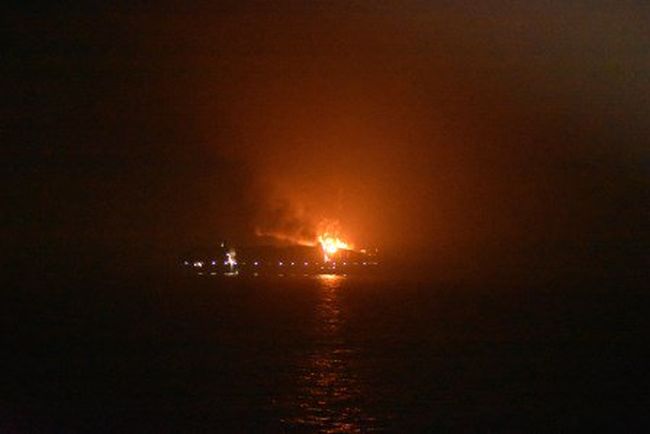 “The evacuated crew is obviously distressed, with two crew members currently receiving medical first aid onboard the ALS Ceres. We will offer crisis counselling for the seafarers signing-off and returning to their families and our thoughts and deepest empathy go out to the families of the crew members that are still unaccounted for. We will offer them all the support we can in this very difficult situation,” says Søren Toft.

The nationalities of the 27 crew members are: India (13), the Phillipines (9), Romania (1), South Africa (1), Thailand (2) and the United Kingdom (1).The vessel is carrying 7860 containers. All impacted customers will be contacted directly.

The cause of the fire is currently unknown. Maersk Line will investigate the matter thoroughly in cooperation with all relevant authorities.

Maersk Honam was built in 2017, has a nominal capacity of 15262 TEU (twenty-foot equivalent unit), and sails under Singapore flag.