You are here: Home › Shipping News › Security And Safety Vital In Seas Off Malaysia
TwitterFacebookLinkedInPinterestBuffer

Security and safety in the Straits of Malacca and the South China Sea is vital to the economic welfare of the country and well managed response and co-ordination is vital during mass rescue operations.

These were the key messages from the Director General of the Malaysian Maritime Enforcement Agency, Admiral Maritime, Dato’ Ahmad Puzi Bin Hj Ab Kahar, and Bruce Reid, CEO of the International Maritime Rescue Federation (IMRF), in their opening remarks at the 5th International Search and Rescue Conference and Exhibition in Kuala Lumpur, organized by Global SAR Resources Sdn. Bhd 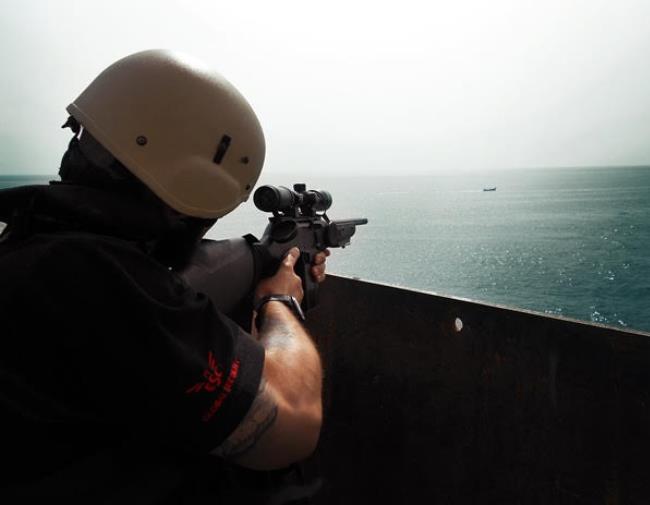 The Admiral said that as a maritime nation and being strategically located between the Indian and Pacific Oceans, and in between the South China Sea, Malaysia’s economic activity had much to do with the shipping lines of his country.

“The shipping and security of exported and imported goods such as oil and gas from Middle East countries to Japan, China, and Korea through the strait, is of the utmost importance. Products destined for the US, Europe, and African markets also pass through our seas.”

“Approximately 95% of these exported products travel by sea rather than land or by air.” He added. “Therefore, the security of the straits in the Malacca Straits and South China Sea is important to ensure successful economic activity. In 2014, more than 70,000 vessels passed through the straits, and we are expecting an increase in line with the economic development, especially in this region.”

The Admiral said industry had been booming, meaning that demand for oil and gas will increase, and this would require them to ensure the safe passage of all the sea farers that pass through their waters.

The seas around Malaysia contribute a large percentage to the national GDP with oil, gas, fishing, and tourism industries related to maritime activities.

Bruce Reid, CEO of the International Maritime Rescue Federation (IMRF) told delegates that the the World Health Organization report on drowning released last year estimated that 372,000 lives are lost in the world’s waters every year.

“This equates to one person every 85 seconds dying or more than 40 people per hour. Every hour. “He said. “372,000 deaths are equivalent to 70% of the global death toll from malnutrition and 60% of the toll from malaria. Africa and Asia-Pacific account for almost 90% of the world’s deaths on water. It is an epidemic but one that is almost invisible. On top of the 372,000 estimated there are also around 25,000 artisanal fishermen’s lives lost annually. A major challenge in the waters of the Asia-Pacific.”

One of the key areas of discussion with the IMRF at the conference was the subject of Mass Rescue Operations (MRO). Events that, when they occur, push the response and coordination capability to the limit.

In his opening speech, Reid said that the 2016 IMRF report into Ferry Accidents identified 166 reported ferry accidents, 18,000 deaths across 37 countries with an average 111 deaths per accident and 1300 deaths per year. And these are just the accidents reported; the real figure is likely to be close to double this.

Many of these deaths could be prevented and more lives could be saved by improved maritime search and rescue coordination and rescue response and increased awareness of the importance of safety on the water he explained.

“The IMRF is committed to help the maritime SAR development in Asia-Pacific through our regional office in Shanghai the Asia-Pacific Regional Centre the APRC.” Reid said.

On day three, the IMRF hosted the Mass Rescue Operations Workshop which was attended by 60 SAR professionals and industry representatives. The biggest challenges identified were similar to the core discussions. No consistent or standard communications between organisations and agencies so there would be possibilities of delays in response.

The workshop reinforced the need for better communication now. The value of exercising together and complexity of what these types of large events brought. Reference was made to the need to be in constant contact with the media as with social media and the instant access to information needed to be managed. John Geel from the Royal Netherlands Sea Rescue Institution (KNRM) facilitated the workshop as the IMRF MRO Subject matter expert.

Major Murali Bhaskaran, the founder of Global SAR Resources Malaysia highlighted a series of action points from the conference. These included reviewing existing policies; ensuring that stakeholders are clear about their responsibilities; the introduction of cross agency training; exposure to the latest SAR technology and common SAR communication across agencies. He also called for a single body to monitor and manage all SAR initiatives and for the integration of SAR agencies.

“The IMRF is bringing the Asia Pacific SAR community together to help improve maritime rescue and co-ordination across borders. We have been members for more than 5 years and see great benefit in the forums, meetings and workshops the IMRF provide, bringing experts together to share knowledge and experiences.” said Major Bhaskaran.

“The 5th ISAR conference in Kuala Lumpur featured keynotes and presentations from IMRF management and the delivery of a regional Mass Rescue Operations workshop by the IMRF MRO specialist, which provided a more global appreciation from our delegates.”

The conference also covered emerging technologies in maritime search and rescue; management of SAR for the future; competence and capacity building and the role of industry for SAR.

World Fuel Services Increases Bunker Capacity In Port Of Gibraltar
Want to share your tips and advice? Got questions? Visit the community forum to ask questions, get answers, meet people, and share your tips!