On Saturday, August 29, General Dynamics NASSCO launched the second ship in a series of the world’s first natural gas powered containerships. The christening and launch ceremony took place at the company’s shipyard in San Diego. The ship, the Perla del Caribe, was built for TOTE, a leading transportation and logistics company.

The new Marlin Class ships, constructed by NASSCO shipbuilders and measuring the same length as two-and-a-half football fields, will carry cargo exports between U.S.-owned ports. The ships will reduce particulate matter by 98 percent and carbon dioxide emissions by 72 percent, the equivalent of removing more than 15,700 cars from the road, making them the cleanest cargo-carrying containerships in the world.

As part of the ceremony, the ship’s sponsor, Ms. Emma Engle, a third-generation shareholder of Saltchuk, TOTE’s parent company, christened the ship with a traditional champagne bottle break over the ship’s hull. Alcinda Buirds, a 32-year NASSCO employee, pulled the trigger to release the ship into the San Diego Bay. 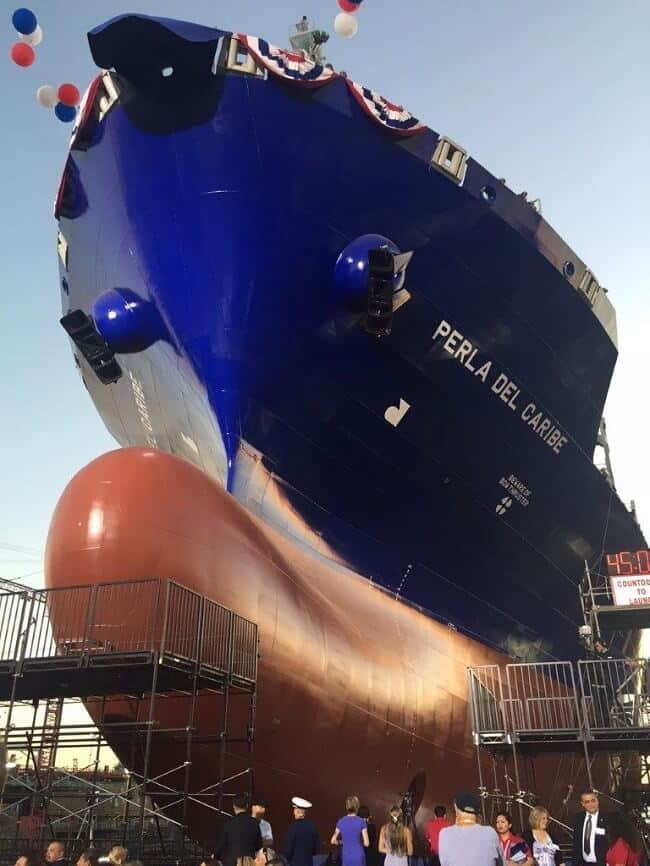 “To NASSCO shipbuilders, a launch signals the near completion of the construction of a ship; it’s when the ship enters the ocean for the very first time. It’s a moment of pride for the thousands of men and women who built the ship – piece by piece, block by block. For the Perla del Caribe, it’s no different, and when the ship is delivered, we will be very proud to say, ‘We Built That,’” said Kevin Graney, vice president and general manager of General Dynamics NASSCO.

As part of a two-ship contract signed in December 2012 with TOTE, the 764-foot long Marlin class containerships will be the largest dry cargo ships of its kind in the world powered by LNG. This ground-breaking green ship technology, designed by NASSCO and its partners, will dramatically decrease emissions while increasing fuel efficiency when compared to conventionally-powered ships. 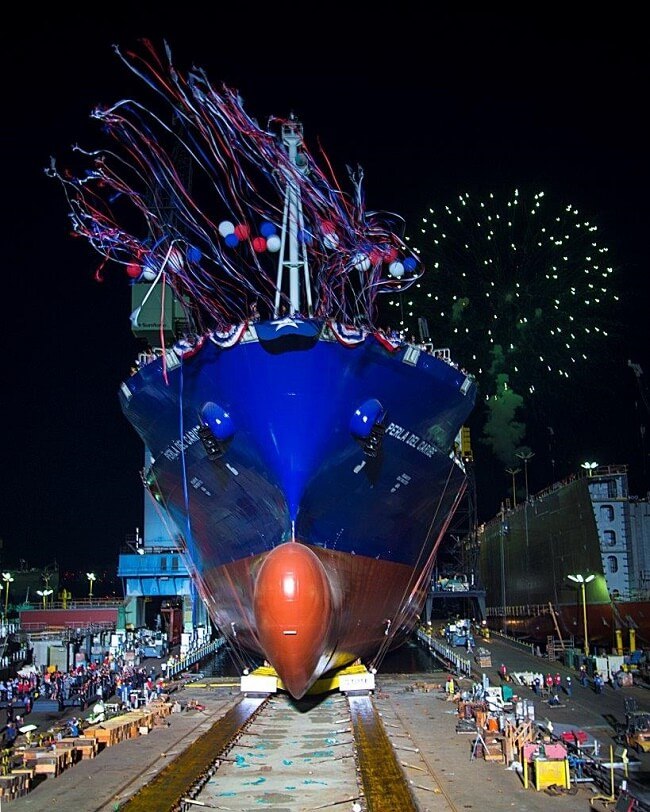 Upon delivery of the first vessel in late-2015, the Jones Act-qualified ships will operate between Jacksonville, Florida, and San Juan, Puerto Rico.

NASSCO is the only major shipyard on the West Coast of the United States conducting design, new construction and repair of commercial and US Navy ships.