Republican Representative Jesse Young has been gathering support among colleagues and the public for the planned span, which would link Bremerton and Port Orchard on the Kitsap Peninsula, spokesman Kevin Shutty said on Friday.

“It’s a bottleneck area and for a number of years people have been looking for some solutions,” Shutty said.

“This would definitely be a unique way to tackle some of those problems, but at the same time it would serve as a floating memorial to veterans and the sacrifice they have given to our country.” 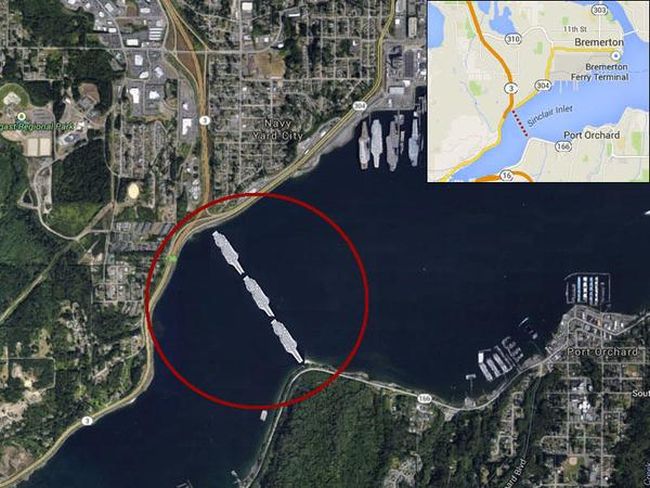 The area near where the proposed bridge would be built includes a U.S. Navy base and naval hospital, and it is home to many retired veterans from all arms of the military.

Chris Johnson, a spokesman for Naval Sea Systems Command in Washington D.C., said the plan was a longshot because neither of those ships were available, and all such ships decommissioned in the future are scheduled to be scrapped.

Shutty acknowledged there were hurdles, but said the feasibility study would determine whether the project was a real possibility.

“It’s a novel concept,” he said. “I think there’s a lot of public support at least for exploring the idea.”

The state Senate is expected to vote on funding the feasibility study in the next two weeks, he said.