You are here: Home › Shipping News › All Season Cruise Ship For Arctic And Antarctica Region
TwitterFacebookLinkedInPinterestBuffer

The Resolute is an all-season, all-terrain cruise vessel designed to explore the vast expanses of the Arctic and Antarctic regions on tracks.

Three years ago when we created the Nomad concept, we imagined a machine that could explore the backcountry and make it possible to camp year round. With the Resolute, we tried to extend that idea to carry a much larger group of explorers and tourists in comfort. 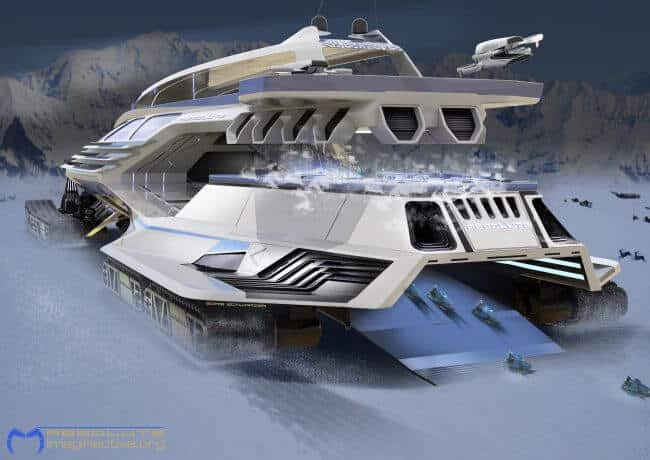 The Resolute is made to resemble a cruise ship, but instead of roaming on the water, it will explore water’s frozen counterpart. This vehicle could be equipped with caterpillar tracks or ultra-large heavy duty wheels depending on the terrain or its course.

It would also be equipped with multiple engines, such as Wärtsilä turbo diesel engines or gas turbine engines to drive its four snow tracks. The hull would have a clearance of 2.5 m (8 ft) to avoid larger ice chunks that form on the trail. 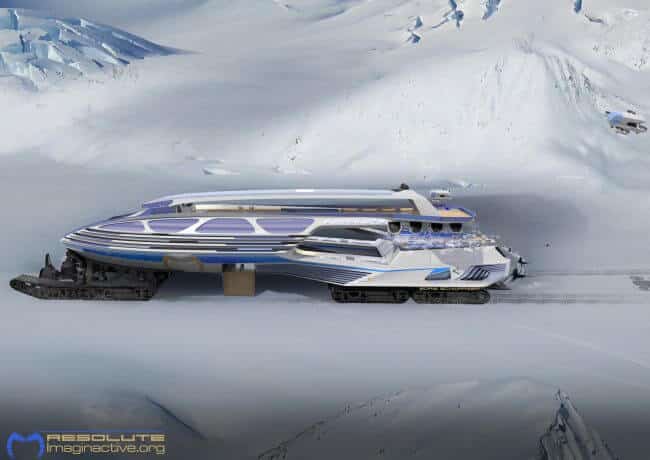 Since the Resolute is a “cruise ship,” it would stop at different locations such as outposts to permit its users to disembark and explore. Ski-Doo snowmobiles and Can-Am side-by-side vehicles would be available in the powersport garage located within the hull. The Resolute would also boast a helicopter or drone landing pad on its upper deck to explore nearby areas.

The vehicle would have outdoor and indoor heated pools and a glasses-in panoramic observation deck to enjoy the outside view without freezing. A star gazing platform would allow passengers to enjoy the amazing views at night since there is no light pollution in those remote locations and auroras can be seen frequently. 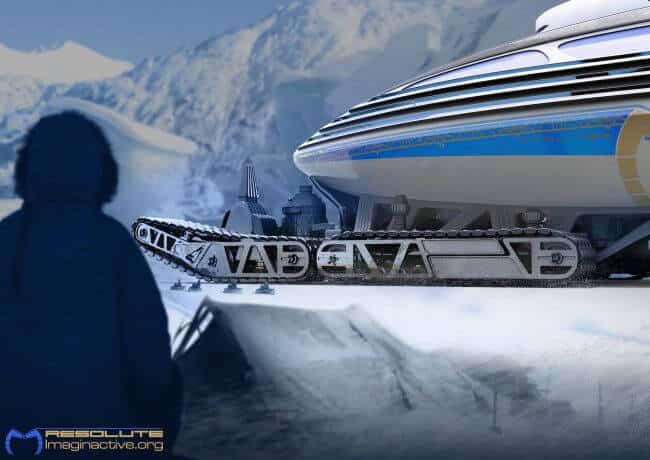 The ship would have enough storage space to store plenty of food and water in case a storm breaks out and the ship gets stranded or delayed. Of course, scientific equipment and labs would be built into the ship so that it could be used as a permanent scientific exploration base.

What It’s Used For

The Resolute would go out on 7-day cruising trips. It wouldn’t need to be built exclusively for the polar regions. For example, it could be fitted with huge all-terrain wheels, making it versatile for different terrains and locales. It would probably be purchased by cruise ship operators willing to diversify their portfolio. That industry would be a fit since it already has the expertise to operate similar vessels. 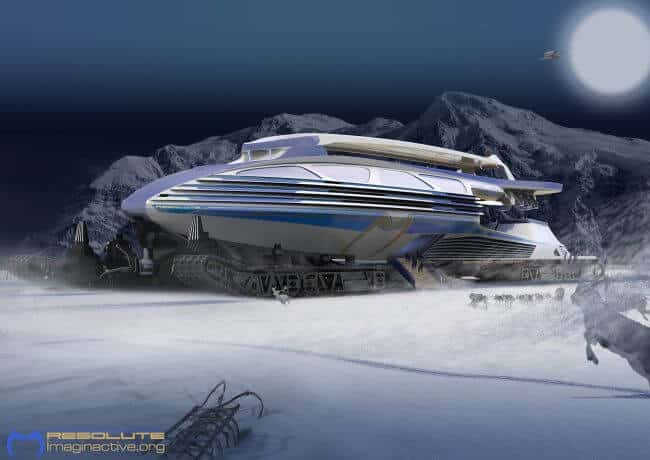 I would like thank Boris Schwarzer, who created the renderings of the Resolute. Boris is based in Michigan, U.S.A. He went to the College of Creative Studies. He currently works as a contractual designer for the Ford Motor Company. Boris also created the images of the Solar express spaceship (view our video) and the Cityjet a urban quad concept powered by a fuel cell. 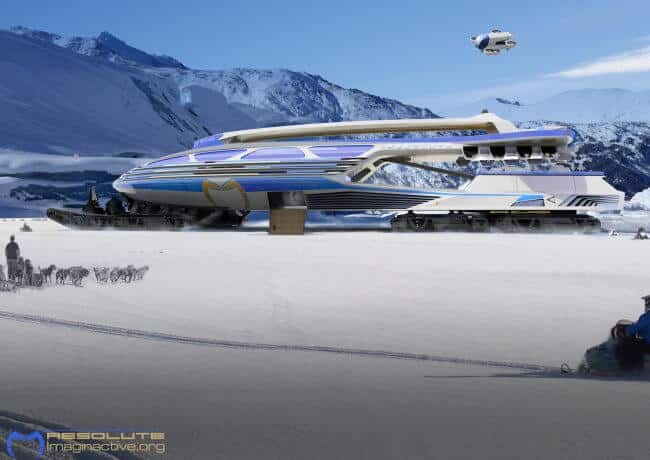